Britain faces its greatest-ever threat from terrorism, the interior minister said Monday, announcing measures to control suspects, strengthen online scrutiny and prevent insurance companies from paying terrorist ransoms. Home Secretary Theresa May said British authorities have foiled 40 terrorist plots since the July 2005 London transit bombings, which killed 52 people. A new counterterrorism bill, to be introduced in Parliament on Wednesday, will give police and border guards the power to seize passports and tickets from people suspected of planning to travel abroad for terrorist purposes.

The advance of the Islamic State group in Syria and Iraq had given energy and a renewed sense of purpose to Islamic radicals in Britain, creating a threat more serious than at any time before or since 9/11.

Police Assistant Commissioner Mark Rowley warned that the threat posed by extremists has “evolved” and that they are now home grown. Counter-terrorism investigations have led to 271 arrests this year. The national terror threat was raised in August to “severe”, meaning an attack is highly likely, but the police chief said the message is to “keep calm but be aware”. Authorities added that more than 500 Britons have traveled to fight in Syria. May sid some fighters would be temporarily barred from returning to ensure “you will only be allowed to come home on our terms.” 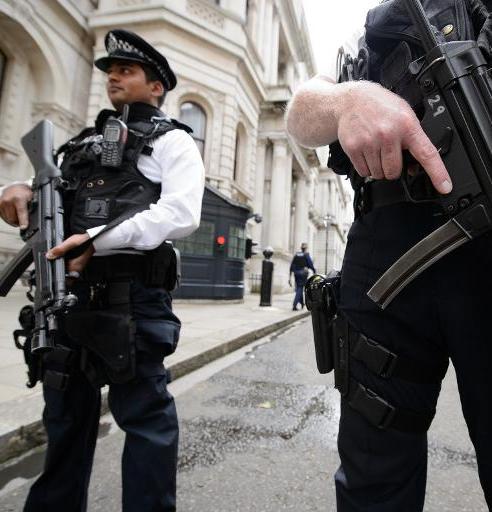