A fire at the oil depot for the airport in Libya’s capital raged out of control Monday after being struck in the crossfire of warring militias battling for control of the airfield, the latest violence to plague the country as foreigners flee the chaos. Libya’s interim government said in a statement that the fire could trigger a “humanitarian and environmental disaster” in Tripoli, appealing for “international help” to extinguish the inferno. It did not say what it specifically needed. The blaze had spread to a second depot by Monday afternoon, the government said. It was unclear if there were any injuries from the fire.

The government appeals to all concerned parties to immediately stop firing as the situation has become very grave.

Libyan television stations called on residents to evacuate areas within a 5-kilometre radius of the airport. Many Libyan families scrambled to leave. Black smoke billowed over the Tripoli skyline. Mohammed al-Harari, the spokesman for the Libyan National Oil Company, said the oil depot had a capacity of 6 million litres and that if the fire was not brought under control, it could ignite liquid gas nearby. Fire trucks from several nearby cities and towns have been deployed to help extinguish the blaze, said a Libyan security official, speaking on condition of anonymity because he is not authorized to talk to journalists. 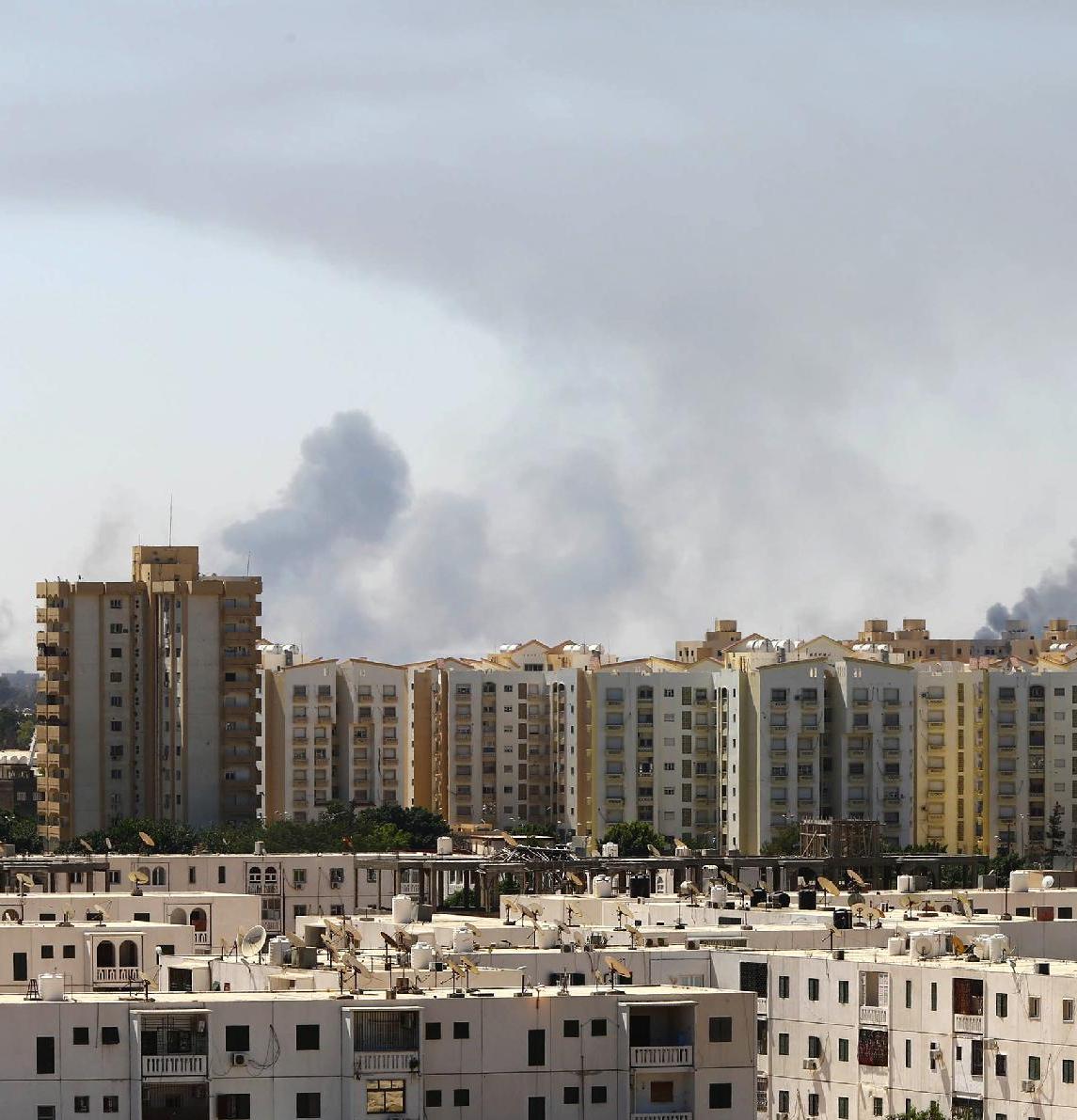