The Libyan militia leader suspected of involvement in a 2012 attack on the U.S. diplomatic mission in Benghazi that killed four Americans arrived in Washington on Saturday morning, according to media reports. Ahmed Abu Khatallah was brought to a federal court in Washington (pictured above). He arrived in the country on a Navy warship, where he has been held since he was captured earlier this month, CNN and The New York Times reported.

We have plenty of evidence to convict this guy. Now it’s just a matter of getting him to the courthouse.

Khattalah is accused of killing a person during an attack on a federal facility, a crime punishable by death; providing federal support to attackers resulting in death; and using a firearm in a crime of violence. 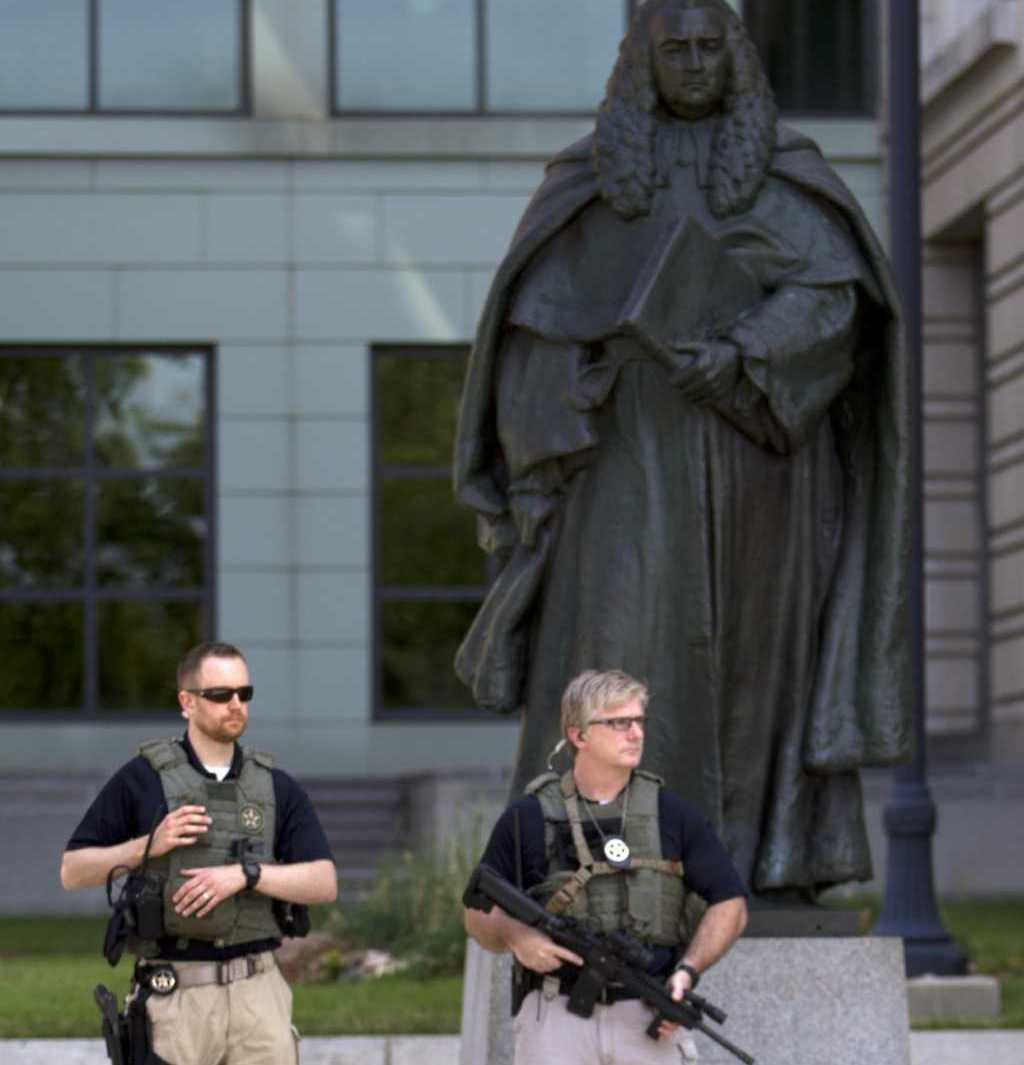