Luis Suarez risks losing lucrative commercial deals following his bite on a World Cup opponent, with Adidas reportedly holding a meeting to discuss the endorsement deal it has with the player and poker brand 888 announcing it was reviewing its sponsorship agreement with him. Uruguay’s Suarez, who plays for Liverpool in the Premier League, became one of the online gambling company’s brand ambassadors last month. He has also been advertising the Beats headphones worn by many of the world’s top players. Sponsors include termination clauses in contracts that they can use if an athlete brings a brand into disrepute.

Following the allegations made against Luis Suarez in regards to his behaviour during Uruguay’s World Cup match against Italy, 888poker is seriously reviewing its relationship with the player as we will not tolerate any unsporting behaviour.

Football’s governing body FIFA opened an investigation today after Suarez bit Italy defender Giorgio Chiellini on the shoulder during his country’s 1-0 win yesterday. Suarez, twice previously banned for biting, looks likely to be hit with another lengthy suspension despite escaping punishment during the match. A senior FIFA official, speaking on condition of anonymity, told Sky News this afternoon that Suarez “must face a severe sanction” if he is found to have bitten Chiellini. 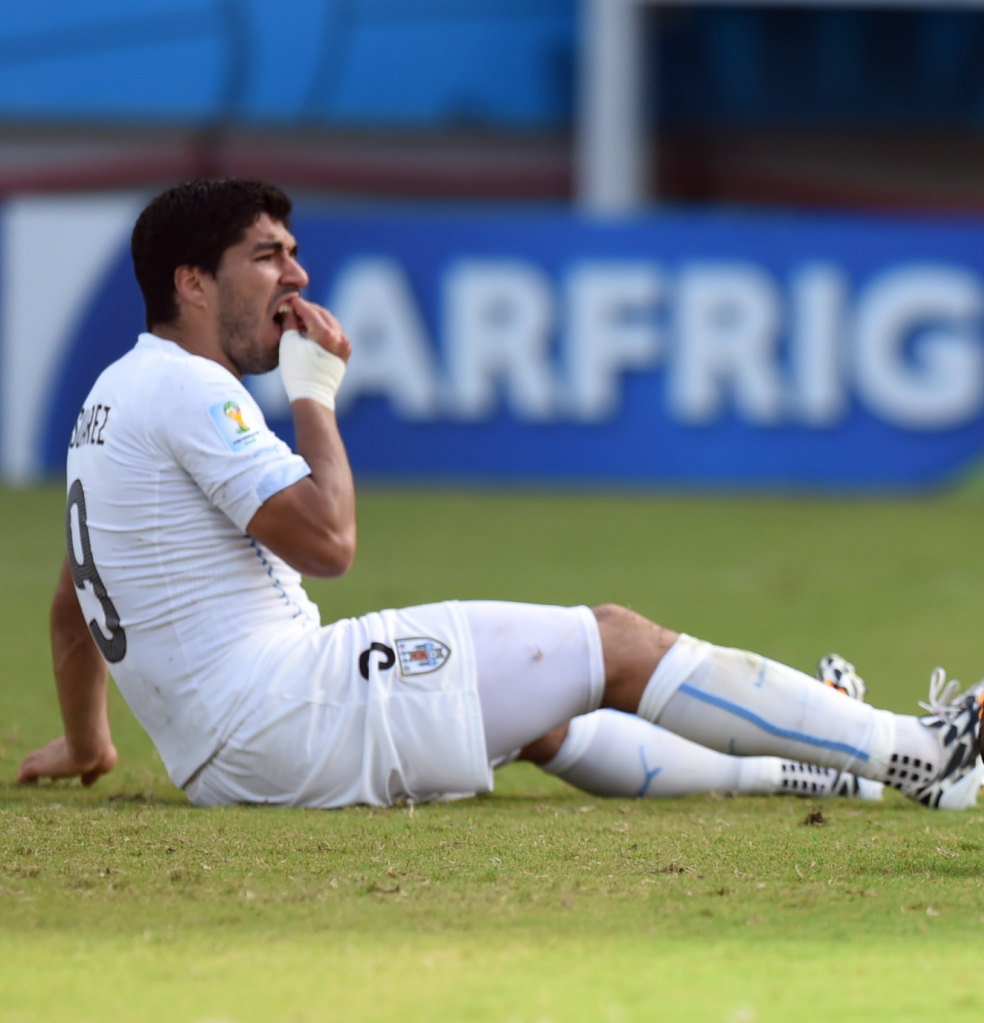