Malawi’s new President Peter Mutharika pardoned 403 prisoners on Saturday ahead of celebrations to mark 50 years since the country gained independence from Britain. This year’s anniversary coincides with Malawi’s marking 20 years of multiparty democracy. The ministry said those pardoned had served at least half of their prison sentences and were not convicted of serious offences.

The pardon of the prisoners is a symbol of forgiveness as the country commemorates its golden jubilee of independence.

Statement from the home affairs ministry

Five decades after independence, the country’s economy remains fragile. Malawi still relies on donor aid to finance about 40 per cent of its budget. As the anniversary of Malawi’s independence approaches, the country’s poverty and dependence on foreign aid are being hotly debated in the media. But it’s not all doom and gloom: In 2009, Malawi’s economy registered about 9 per cent annual growth and, in 2008, it was the second fastest-growing economy in the world, behind Qatar. 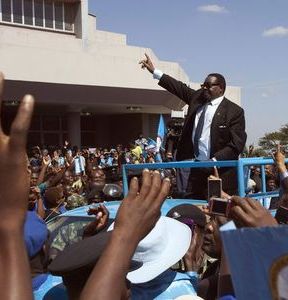