The passengers and crew of the missing Malaysia Airlines Flight MH370 most likely died from suffocation and coasted lifelessly into the ocean on autopilot, a new report released by Australian officials on Thursday said. In a 55-page report, the Australian Transport Safety Board outlined how investigators had arrived at this conclusion after comparing the conditions on the flight with previous disasters, although it contained no new evidence from within the jetliner.

… The final stages of the unresponsive crew/hypoxia event type appeared to best fit the available evidence for the final period of MH370’s flight when it was heading in a generally southerly direction.

The report narrowed down the possible final resting place from thousands of possible routes, while noting the absence of communications and the steady flight path and a number of other key abnormalities. The next phase of the search is expected to start in August and take a year, covering some 60,000 sq km at a cost of $56 million or more. The new priority search area is around 2,000 km west of Perth, a stretch of isolated ocean frequently lashed by storm force winds and massive swells.

It is highly, highly likely that the aircraft was on autopilot otherwise it could not have followed the orderly path that has been identified through the satellite sightings. 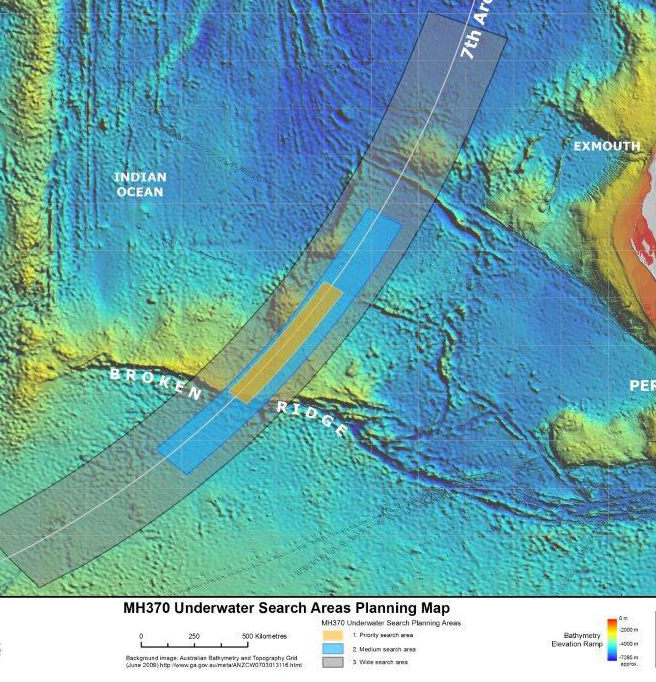