Manchester United has agreed to a record-breaking £750 million (US$1.3 billion) sponsorship deal with Adidas after Nike walked away from contract extension talks. The 10-year agreement, starting at the beginning of the 2015-16 season, dwarfs the £150 million deal over five years recently reached between Arsenal and Puma. The deal was made as United prepares to begin the new Premier League campaign without the prospect of involvement in lucrative Champions League football following a disastrous 2013-14 season under David Moyes—now replaced as manager by Louis van Gaal.

They have been able to secure this landmark deal in the sector, against the background of no Champions League football next season.

Sean Hamil, director of the Sport Business Centre at Birkbeck College, speaking to the BBC

Manchester United has secured the most lucrative kit deal in football. The deal, worth £75 million (US$128 million) a year from 2015, was announced after Nike decided that trebling the cost of its existing 13-year equipment supply contract was not good value for the company. The eagerness of Adidas to make the United kits is evidence of the durability of United’s brand value despite its worst-ever Premier League campaign. 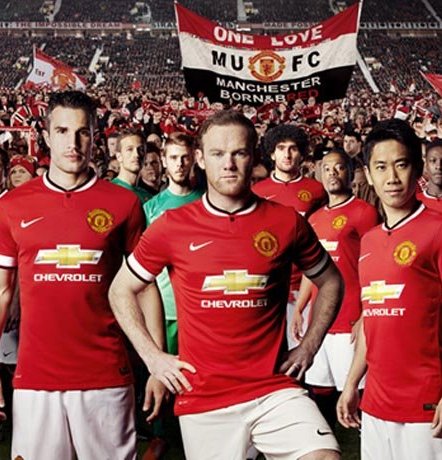