A pilot who was fired from Cathay Pacific Airlines won’t go to jail for wearing his former employer’s uniform and badge to bypass security at Honolulu International Airport. Joshu Osmanski was sentenced Thursday in federal court in Honolulu to three years’ probation. He pleaded guilty last year to unlawfully entering the secure area of an airport.

Osmanski has said he wore the uniform and badge months after he was terminated so that he could “cut the line” and not have to take off his shoes during security screening. He said he was traveling to a new job with another company. Assistant U.S. Attorney Tracy Hino played surveillance video in court showing Osmanski in a pilot’s uniform trying to go into a security line for flight crew. A screener directed him to another line because that line was only for crewmembers of domestic airlines, Hino said. The silent video later shows Osmanski standing in another line, speaking with Transportation Security Administration officers, and showing them a badge hanging from his neck on a lanyard. He’s seen wearing his shoes as he walks through security, while other passengers go through full-body scans, and fiddle with belts and shoes. 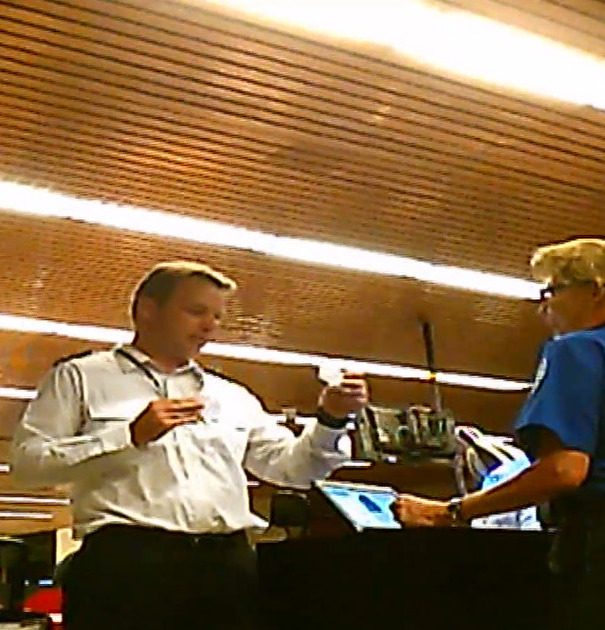