Pakistani police have issued a warning that terrorists are planning to plant magnetic bombs on school buses. Authorities in Islamabad issued a letter calling on schools to increase security and to check underneath buses and other vehicles. It comes after seven Taliban gunmen killed more than 130 children and nine teachers during a massacre at an army-run school in Peshawar on Tuesday. People across the country lit candles and staged vigils as parents bade final farewells to their children during mass funerals in and around Peshawar, the volatile city on the edge of Pakistan’s lawless tribal belt where the school was located.

I don’t have words for my pain and anger. They slaughtered those children like animals.

Fatimah Khan, who lives in Islamabad

Grief mixed with anger as people looked to the authorities - long accused of not being tough enough on extremists - to stem spiralling violence in a nation which has become a safe haven for al Qaeda-linked groups. On Wednesday, Pakistani Prime Minister Nawaz Sharif described the attack as a “national tragedy unleashed by savages”, adding: “These were my children. This is my loss. This is the nation’s loss.” Pakistan army chief General Raheel Sharif and the head of the Inter-Services Intelligence agency (ISI) flew to Afghanistan on Wednesday to meet with Afghan President Ashraf Ghani to discuss tackling Taliban militants in both countries. 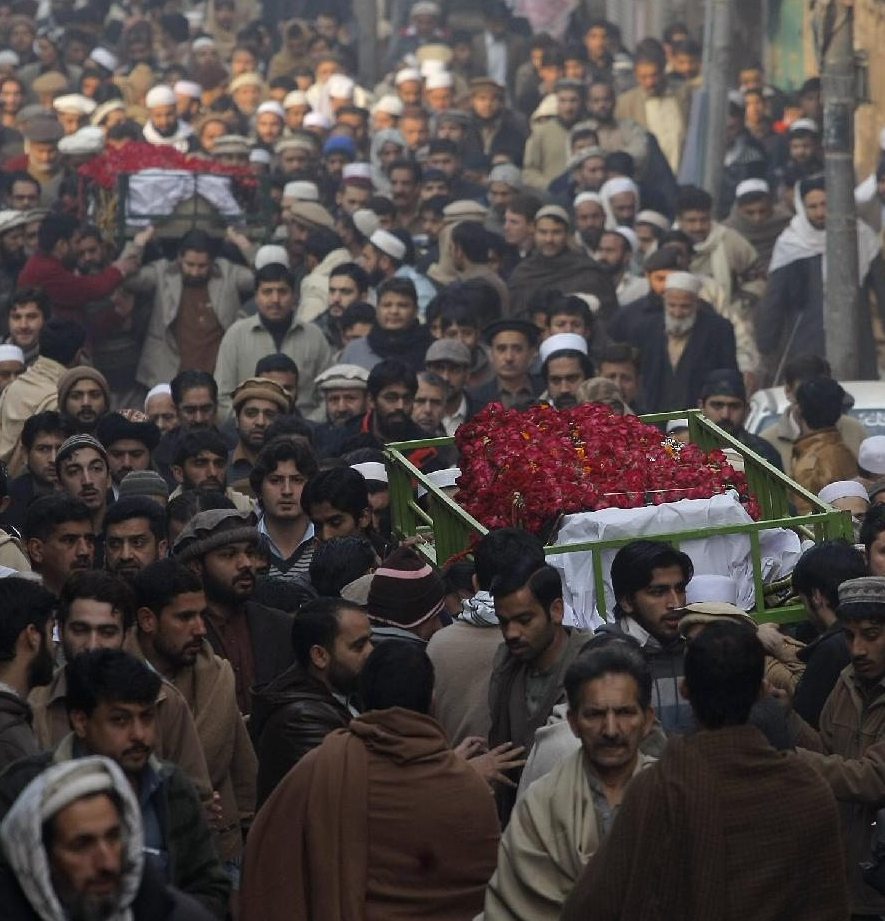