Michelle Obama and Bill Clinton were among the speakers honouring poet, author and civil rights champion Maya Angelou at a private memorial service in North Carolina on Saturday. Media magnate Oprah Winfrey and actress Cicely Tyson also paid tribute to their friend at Wake Forest University in Winston-Salem, where Angelou taught for three decades, according to the programme for the service. Singers Lee Ann Womack and BeBe Winans performed.

God loaned her her voice and he decided he wanted it back for a while.

—Bill Clinton, during his speech at Angelou’s funeral

Clinton said he remembered the woman who read a poem at his first inaugural as a firefly, who would light up “at the most unpredictable times”. Angelou wrote the poem “On the Pulse of Morning” and read it at Clinton’s first presidential inauguration in 1993. She was 86 when she died at her home on May 28. Oprah Winfrey related how Angelou had arrived in Texas to support her when she was being sued by Texas cattlemen. When her legal counsel advised Oprah to look her accusers in the eye, she says Angelou interjected: “No, no! Look above their heads.”

I am the woman I am today because she was. I cannot fill her shoes, but I can walk in her footsteps.

Maya Angelou Memorial to Simulcast on OWN ~ The Wrap 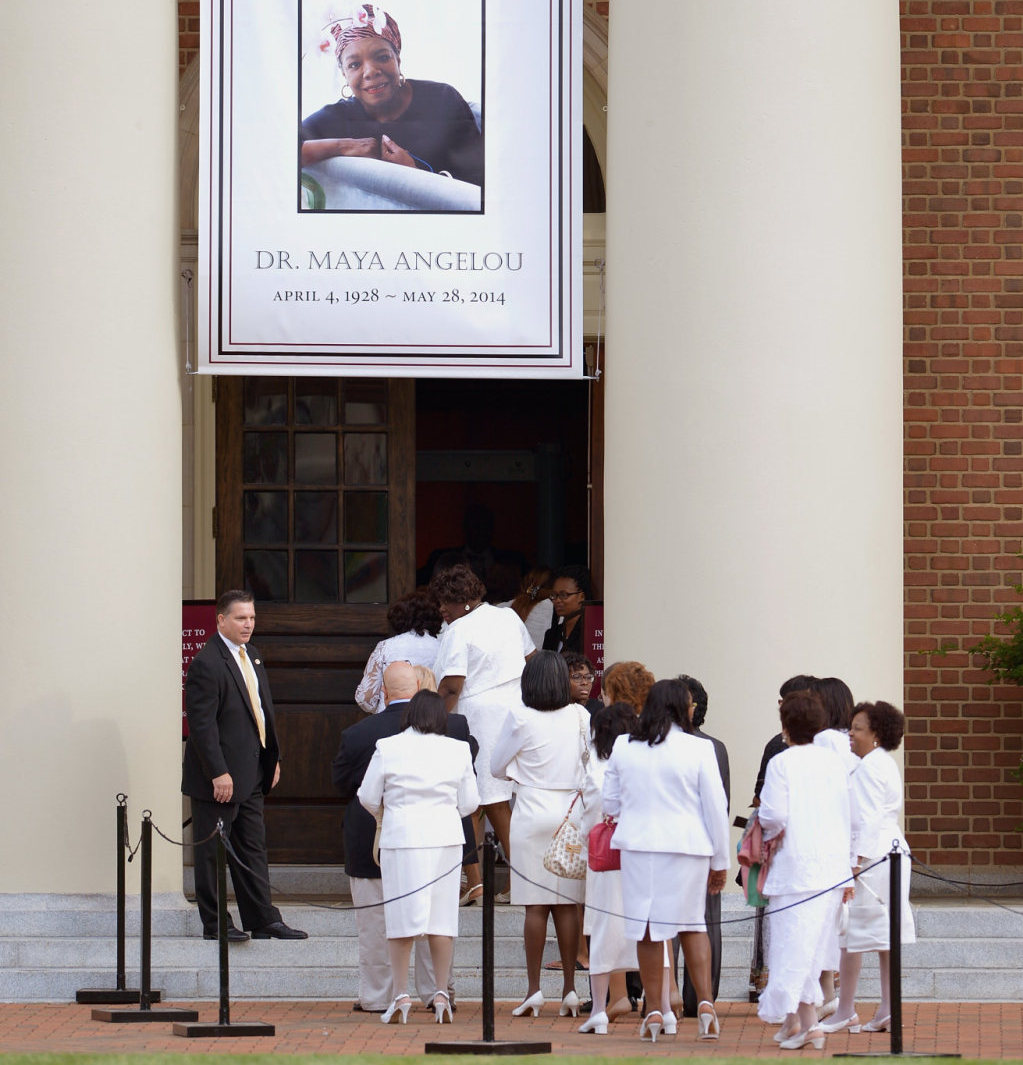