Plane debris which washed ashore on the island of Reunion has arrived in France for analysis. Air accident experts will examine the wreckage to determine whether it belongs to Malaysia Airlines flight MH370, which disappeared en route from Kuala Lumpur to Beijing in 2014. If confirmed, the discovery could offers hope of an explanation to the families and loved ones of the 239 missing passengers and crew.

I went to the water’s edge to pick up a stone to smash the herbs, and that’s where I saw (it).

Aviation experts say the wing surface - known as a flaperon - may have stayed afloat due to air pockets in its structure and is almost certainly part of a Boeing 777. But relatives and officials must await the result of tests to confirm whether it belongs to MH370. The debris is expected to arrive in Paris early today before being transferred to a military base near Toulouse which specialises in analysing aviation wreckage. Experts will attempt to verify the serial number of the wing-flap before conducting further tests to establish why it separated from the rest of the plane. 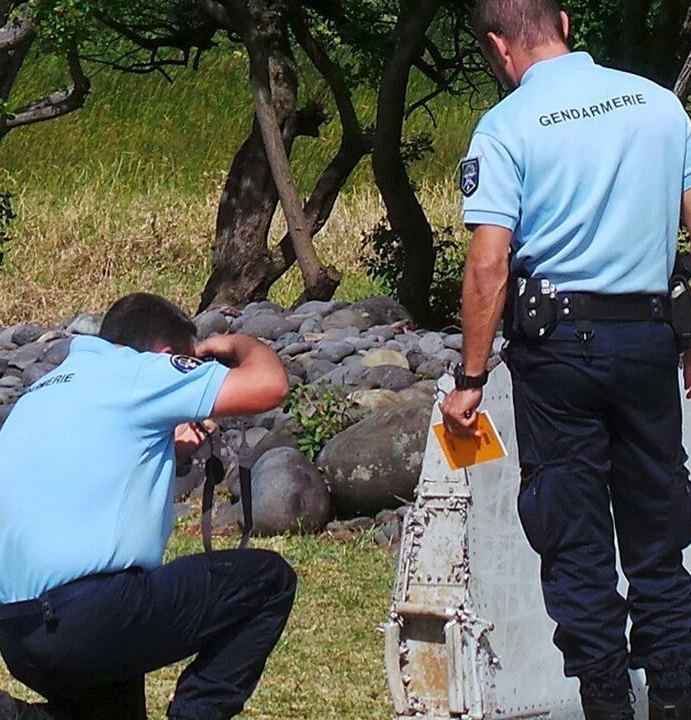