Wrestling legend “Rowdy” Roddy Piper, who trash talked his way to the main event at the first Wrestlemania, has died at the age of 61. The WWE said Hall of Famer Piper died on Friday, although it revealed no more details. It is thought he suffered a cardiac arrest. Piper, who was born Roderick Toombs, is the second WWE Hall of Famer to die this summer, following the death in June of Dusty Rhodes. Piper battled Hodgkin’s lymphoma in 2006, but later said he had beaten the cancer. He was one of the mainstays of what was then the WWF in the mid-1980s, regularly feuding with Hulk Hogan and others. His death also comes days after Hogan had his contract terminated by WWE. Hogan had used racial slurs in a conversation captured on a sex tape.

He was truly a legend and icon, and will never be forgotten… ThankYouRoddy #RIP.

Although he was Canadian, he often appeared in a kilt and came to the ring blowing bagpipes in a nod to his Scottish heritage. Piper was best known for his lengthy career with the World Wrestling Federation, now the WWE. He had more than 30 titles to his name and was inducted into the WWE Hall of Fame 2005.“ "Saddened about the passing of Rowdy Roddy Piper,” tweeted Paul “Triple H” Levesque, a wrestler and top WWE executive. In addition to his celebrity in the ring, Piper appeared in John Carpenter’s 1988 cult classic “They Live”.

I have come here to chew bubblegum and kick ass - and I’m all out of bubblegum. 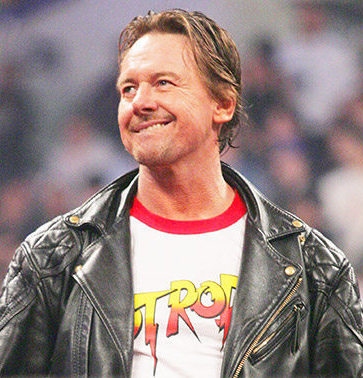