Model for Rockwell’s Rosie the Riveter painting dies at 92

Mary Doyle Keefe, the model for Norman Rockwell’s iconic 1943 Rosie the Riveter painting that symbolized the millions of American women who went to work on the home front during World War II, has died. She was 92. Keefe died Tuesday in Simsbury, Connecticut, after a brief illness, said her daughter, Mary Ellen Keefe. Keefe grew up in Arlington, Vermont, where she met Rockwell — who lived in West Arlington — and posed for his painting when she was a 19-year-old telephone operator. The painting was on the cover of the Saturday Evening Post on May 29, 1943.

You sit there and he takes all these pictures. They called me again to come back because he wanted me in a blue shirt and asked if I could wear penny loafers.

Twenty-four years after she posed, Rockwell sent her a letter calling her the most beautiful woman he’d ever seen and apologizing for the hefty body in the painting. The Rosie painting — not to be confused with a poster by a Pittsburgh artist depicting a woman flexing her arm under the words “We Can Do It” — would later be used in a nationwide effort to sell war bonds. Keefe said people in Arlington didn’t make too much of a fuss about her being in the Rosie painting, aside from teasing her a little about Rosie’s big arms. Keefe spent the last eight years in a retirement community in Simsbury, according to an obituary prepared by her family. 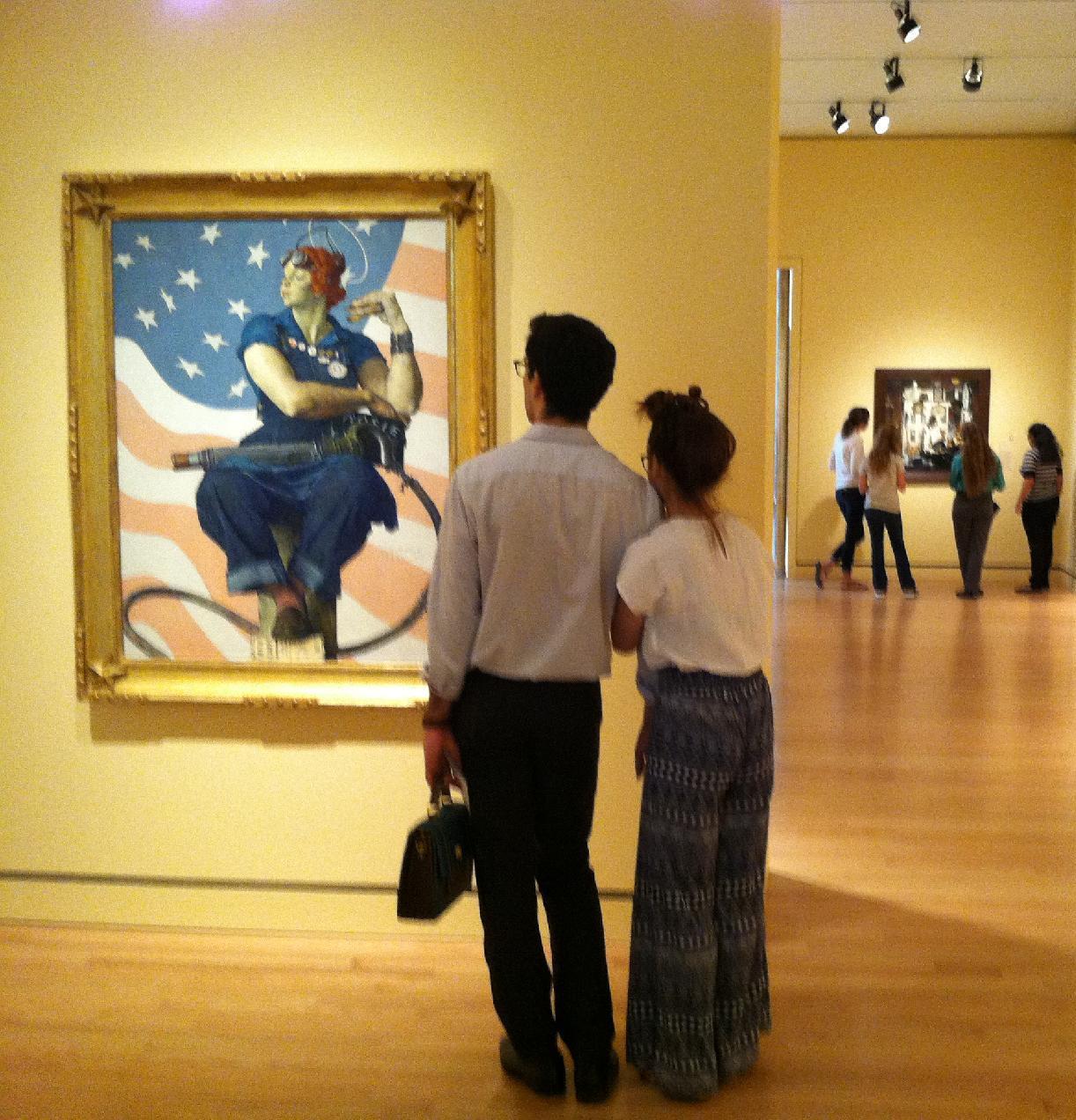