American astronaut Scott Kelly has launched a geography quiz on Twitter and will post a picture from the International Space Station each week so fans can guess his location. Kelly is spending one year in space along with Russian cosmonaut Mikhail Kornienko, in an experiment to see how the human mind and body withstands long periods in space, before even longer missions to Mars in the coming decades. Kelly began the contest on Earth Day, April 22, from the Twitter handle @StationCDRKelly. “The first person to correctly identify the place depicted in his photos will win a copy of the picture signed by Kelly after he returns to Earth in March 2016,” he tweeted. Kelly is part of a six-person crew at the International Space Station, which circles the Earth 16 times per day.

Expanding our geography knowledge is essential to our economic well-being, our relationships with other nations and the environment. It helps us make sense of our world and allows us to make connections between people and places. 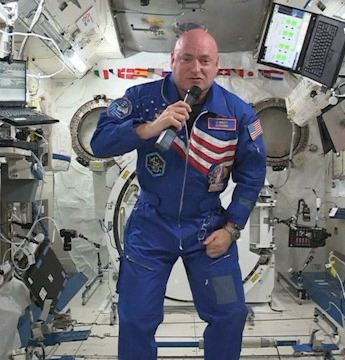