Investigators have found a previously undiscovered part of Malaysia Airlines flight MH17 along with more bodies more than a week after the Boeing 777 was shot down over eastern Ukraine. It is understood the location of the bodies has been marked with a white flag, but investigators do not have the facilities available to handle human remains. The discovery underlines concerns about the halting and chaotic recovery effort at the sprawling site spread across farmland in eastern Ukraine.

The most significant find today was we went into a heavily wooded area and found a huge piece of fuselage.

Michael Bociurkiw, spokesman for the Organisation for Security and Cooperation in Europe (OSCE)

Pro-Russian armed separatists control the area and have continually caused problems during the investigation, blocking access to the site and harassing recovery workers, although reporters in the area say the site is now largely abandoned. Australia announced on Friday it is sending an additional 100 Federal Police to Europe to join the 90 specialists already there. The Australians are working with authorities in the Netherlands to identify the remains of the victims. Australian Prime Minister Tony Abbott said he is negotiating with Ukraine to allow police access to the crash site.

The process is not over. There are still remains [at the site] and it’s very hard to get there because there are some - and I would say it’s not politically correct - but there are still some lunatics there.

Jan Tuinder, head of the Dutch police mission in Ukraine 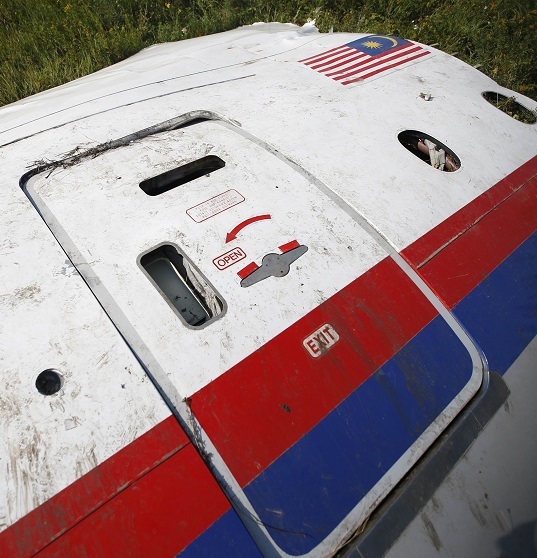