More deadly violence flared in a Sri Lankan coastal resort where Buddhist hardliners set shops and homes alight for a second night running. Amid mounting international concern over the unrest, residents of a town that has borne the brunt said a security guard was killed in an attack outside a Muslim-owned farm, raising the overall toll to four. Although the unrest on Monday was not as widespread as the previous night, it came despite the announcement of an indefinite curfew.

More than a dozen houses and shops have been burnt overnight.

Residents said several vehicles had also been set alight in Alutgama although there were no reports of fresh violence in the neighbouring town of Beruwala where property was also set on fire on Sunday. The authorities say nearly 80 people have so far been seriously injured in clashes while many more have suffered minor injuries. The fighting erupted after a prominent Buddhist monk threatened to obliterate the predominantly Muslim towns in the majority Buddhist nation. 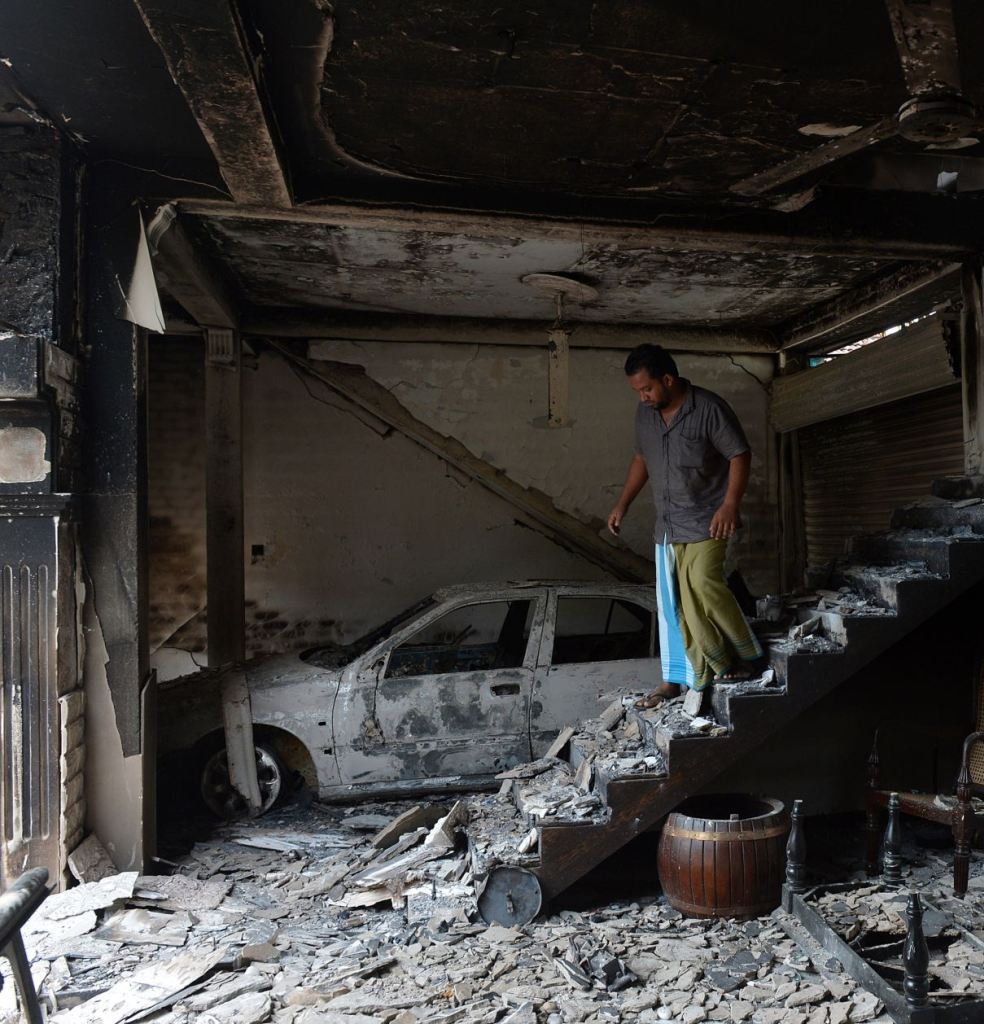