At first, there were no immediate reports of casualties on the ground after the plane smashed into houses in the village of Sisi, a couple of kilometres from Magong airport. By end of the day, more than 40 people were feared dead in a plane crash in Taiwan, officials said, with witnesses and local media reporting the flight came down in a storm after an aborted landing. Taiwan’s transport minister said 10 bodies had so far been recovered from the wreckage of the domestic flight, which had 58 people on board. Local media reported that TransAsia Airways Flight GE222 had smashed into two houses near Magong airport.

All Taiwanese people feel the sorrow and will provide the survivors and families of the deceased the biggest support and assistance.

Television footage showed anxious relatives of passengers gathered at TransAsia’s counter at Kaohsiung airport, with one woman sitting on the floor and wailing after she could not get in touch with her daughter. TransAsia Airways president Chooi Yee-choong bowed in front of television cameras to apologise for the accident. An airline official speaking on local television identified the pilot as 60-year-old Lee Yi-liang and co-pilot Chiang Kuan-hsin, 39, saying they had both accumulated more than 20,000 flight hours. 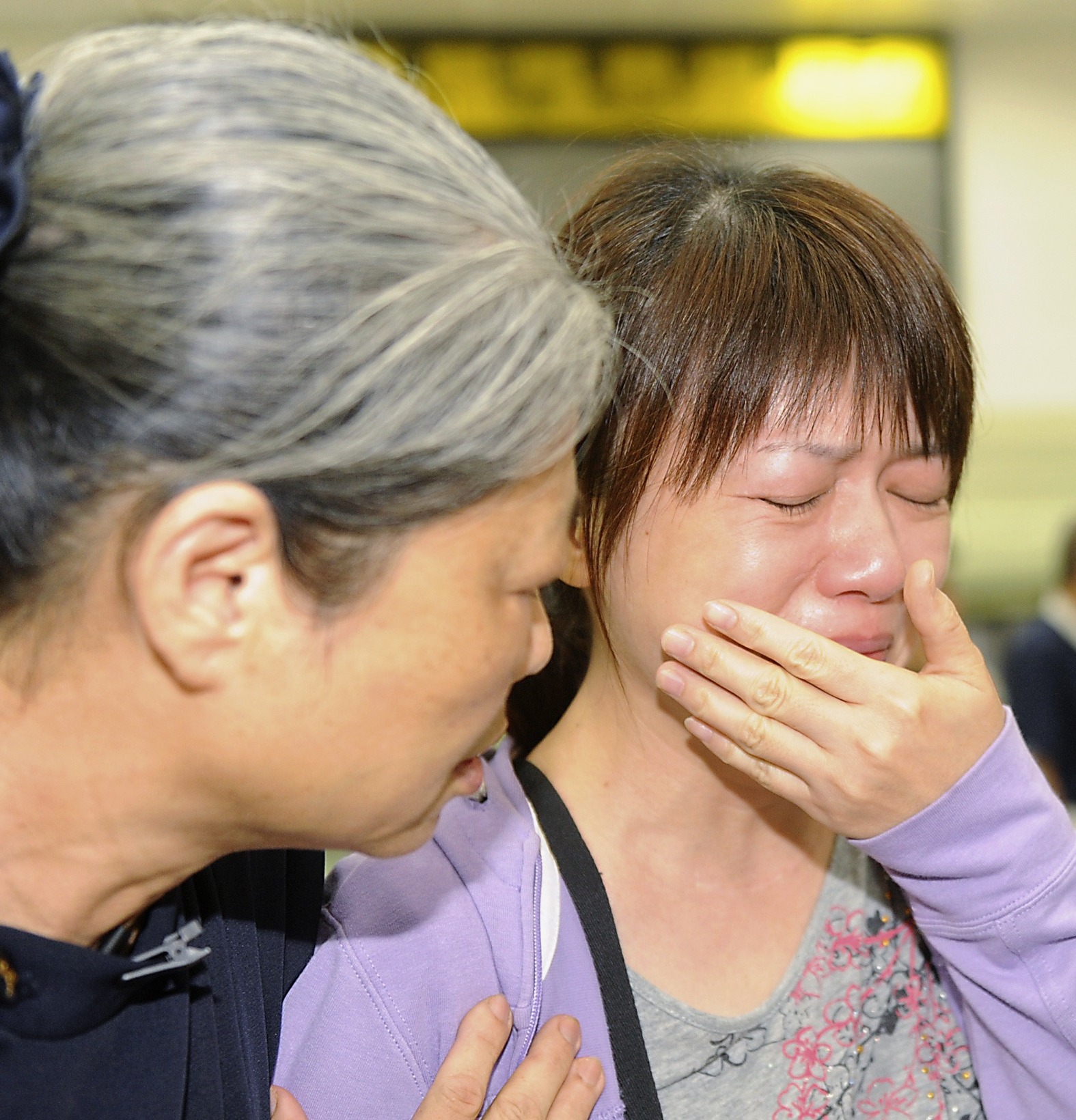