Lindsay Lohan has reportedly shocked onlookers during a recent shopping trip to Selfridges by wandering around naked in the changing area. The 27-year-old “Mean Girls” star was spotted picking up some clothes to try on in the women’s designer clothing section of the London store before she allegedly charged out of her dressing room completely in the nude. The troubled star has been spotted on the London party circuit over the past couple of weeks.

Lindsay took some items into the changing room. Halfway through, she ran out of the room with nothing on and was chased by members of staff who were trying to cover her up.

A source told the Daily Mirror

She recently confirmed she is set to take to the West End stage later this year. The Hollywood starlet has been lined up for a part in a new production of David Mamet’s play “Speed-the-Plow” in November. Lindsay told The New York Times fashion blog On The Runway: “It’s the first time I’ve done a stage play or anything like that. I’m nervous but I’m excited.” “Speed-the-Plow” is a play about Hollywood executives who dream of making a hit movie.

Lindsay was booked in for a personal shopping experience with a posh brand at the shop later that day—it didn’t happen.

An unnamed source close to the star 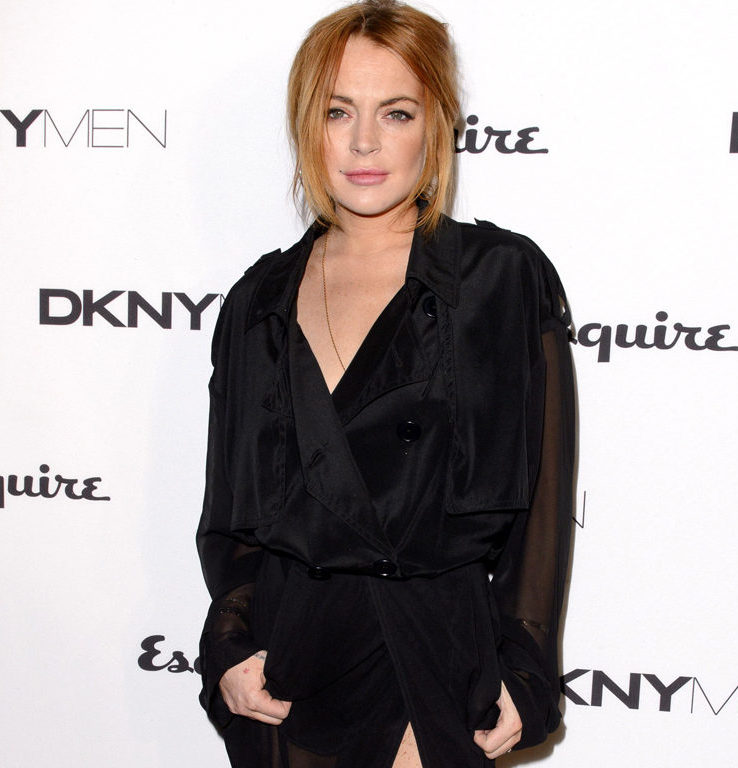