Myanmar arrests 93 traffickers but none from ‘main hub’ Rakhine

Most Myanmar victims were sold into forced marriages in China and forced labour in Thailand.

There is a lot of tension in Rakhine between its Buddhist majority and a heavily-persecuted Rohingya Muslim minority. Myanmar refuses to recognise many of its 1.3 million Rohingya as citizens and places a raft of restrictions on them, such as family size, movements and access to jobs. In recent years tens of thousands of Rohingya have left, fleeing on often deadly voyages across the Bay of Bengal at the hands of ruthless people-smuggling and trafficking networks. 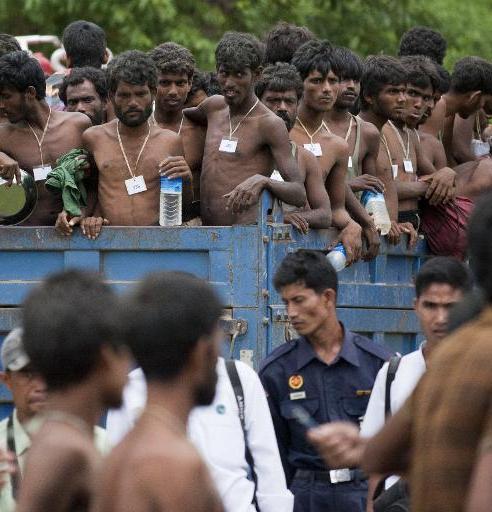