A series of underground gas blasts in Taiwan’s southern city of Kaohsiung has killed 25 people and injured 267 others. The explosions sparked a huge fire that tore through the city’s Chian-Chen district and were powerful enough to upturn cars and split open paved roads. One of the blasts left a large trench running down the centre of a road, edged with piles of concrete slabs. Residents said the blasts felt like a powerful earthquake.

Last night around midnight, the house started shaking and I thought it was a huge earthquake, but when I opened the door, I saw white smoke all over and smelled gas.

The fires were believed caused by a leak of propene, a petrochemical material not intended for public use, but the cause and source of the leak were not immediately clear, officials said. Kaohsiung Mayor Chen Chu said several petrochemical companies have pipelines built along the sewage system in the area. Media reports suggest the number of dead is likely to rise sharply. President Ma Ying-jeou promised measures to prevent a repeat of the tragedy.

I was on my scooter just across the street, suddenly there was the explosion, a white car was blown toward me, and I saw the driver trapped in the car. 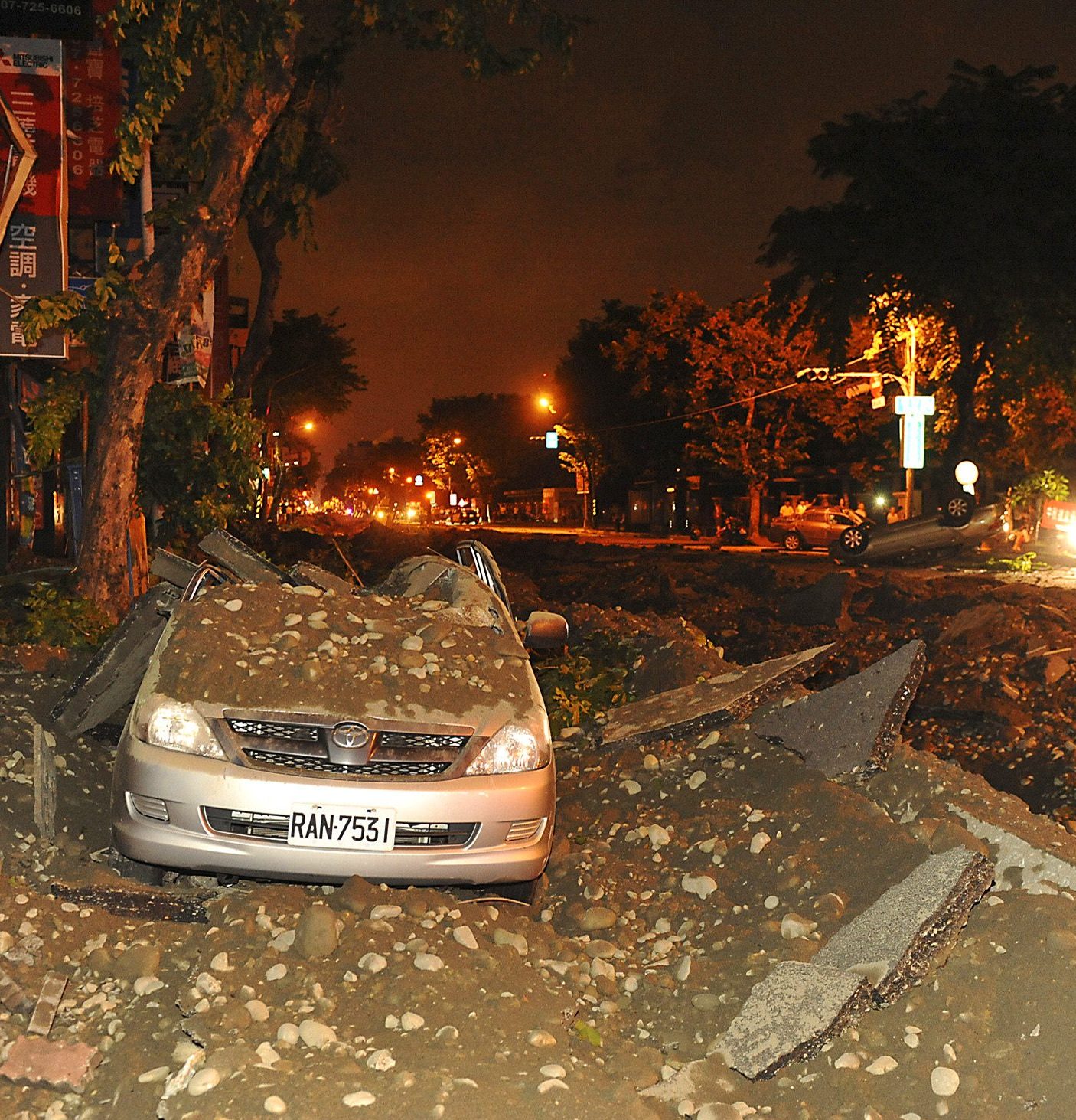