Facebook’s Internet.org project is taking another step toward its goal of bringing the Internet to people who are not yet online, launching an app Thursday in Zambia. The Internet.org app will give subscribers of Zambia’s Airtel phone company access to a set of basic Internet services for free. Users of the app won’t incur the data charges that can be prohibitive for many people in developing nations.

Zambia is a country with 15 percent Internet penetration. [This makes for a] huge amount of people that we can connect.

Internet.org estimates that about 80 percent of the world’s population that isn’t online lives at least within basic 2G cellphone range. As such, Facebook CEO Mark Zuckerberg has said that making connectivity affordable and convincing people that the Internet is something they need are bigger hurdles to connecting people than “satellites or balloons.” That said, Facebook has also acquired a satellite company, just to ensure all its bases are covered. 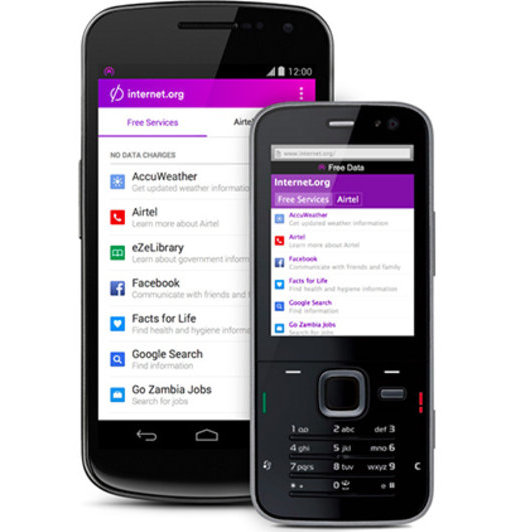