Libya is in more danger now than at any time since the 2011 uprising and war that toppled dictator Moammar Gadhafi. Since then, a chaotic welter of regional militias has been competing for riches and influence. Some are also fighting to extend a version of Islamist governance across the country. Two weeks of militia battles for control of Tripoli’s airport indicate that a new, more dangerous phase has begun. No ordinary turf war, the latest fighting could define Libya’s future and perhaps end its dream of democracy.

Benghazi will not fall into the hands of these people. Even if the army did not succeed, then we will fight them.

Islamic hard-line militias, including the group accused by the United States in a 2012 attack that killed the ambassador and three other Americans, claimed control of Libya’s second-largest city, Benghazi, after overrunning army barracks and seizing heavy weapons. The sweep in the eastern city is part of a new backlash by hard-liners against their rivals ahead of the sitting of a new parliament. In the capital Tripoli, escalating battles Thursday between militias prompted multiple foreign governments to scramble to get out their citizens as thousands of Libyans fled across the border into Tunisia. 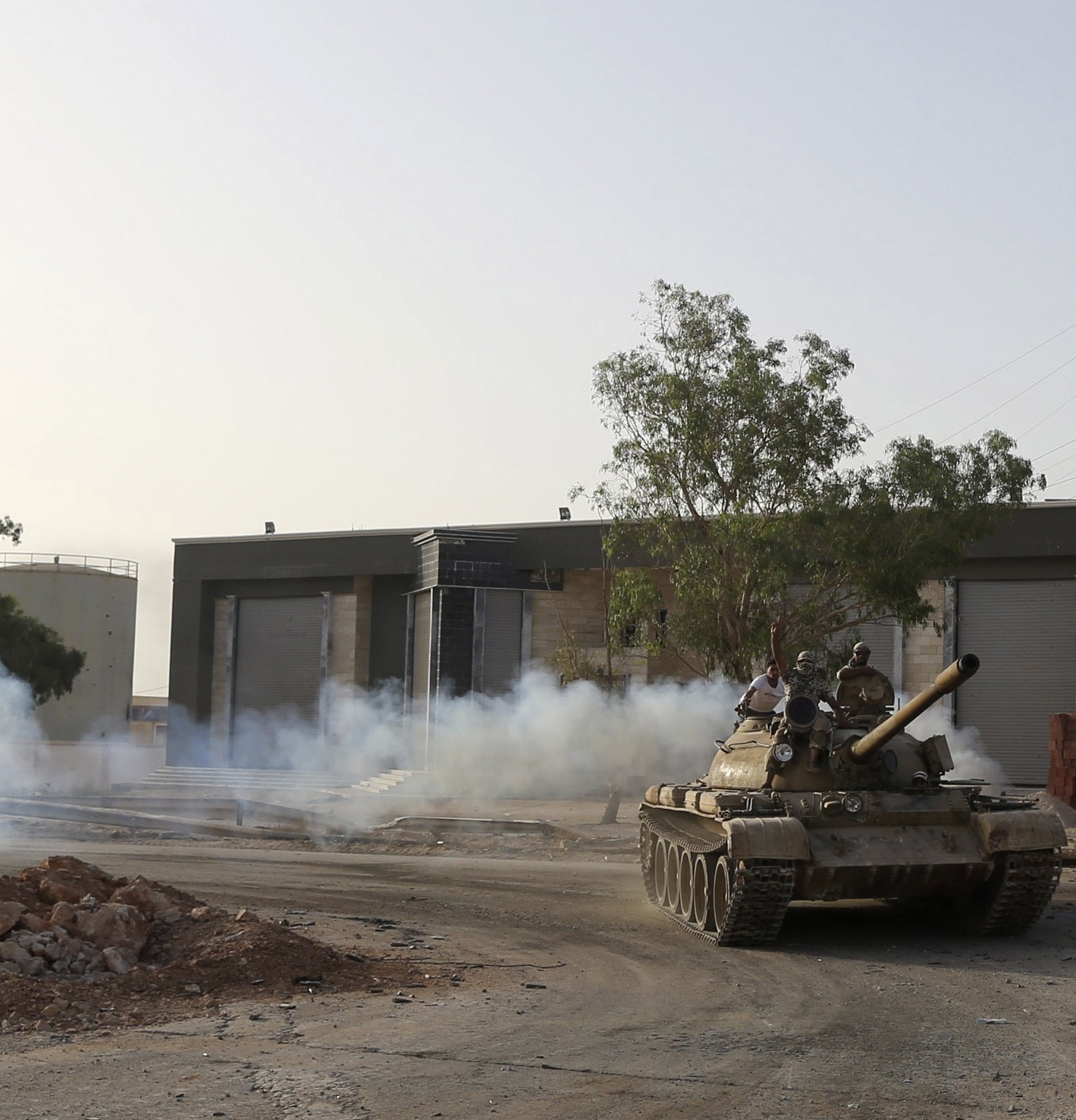