U.S. President Barack Obama is “recklessly” spreading rumors of a Pyongyang-orchestrated cyberattack of Sony Pictures, North Korea says, as it warns of strikes against the White House, Pentagon and “the whole U.S. mainland.” Such rhetoric is routine from North Korea’s massive propaganda machine during times of high tension with Washington, but it also underscores Pyongyang’s sensitivity over a movie whose plot focuses on the assassination of its leader Kim Jong Un, who is the beneficiary of a decades-long cult of personality built around his family dynasty. The National Defense Commission, led by Kim, warned that its 1.2 million-member army is ready to use all types of warfare against the United States.

Our toughest counteraction will be boldly taken against the White House, the Pentagon and the whole U.S. mainland, the cesspool of terrorism, by far surpassing the ‘symmetric counteraction’ declared by Obama.

The U.S. blames North Korea for the cyberattack that escalated to threats of terror attacks against U.S. movie theaters and caused Sony to cancel “The Interview’s” release. North Korea has said it knows how to prove it had nothing to do with the hacking and proposed a joint investigation with the Americans. North Korea and the United States, who fought each other in the 1950-53 Korean War, remain technically in a state of war because the conflict ended with an armistice, not a peace treaty. The United States stations about 28,500 troops in South Korea to deter aggression from North Korea. 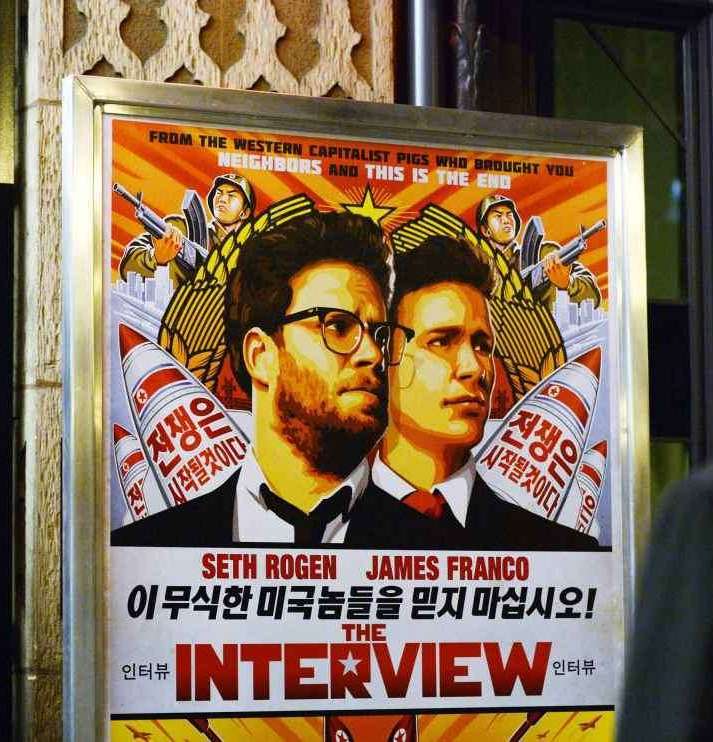