India may end support to Palestine at UN

In what is seen as a major shift in foreign policy, India may abstain from voting in favour of the Palestinian cause at the UN General Assembly, The Hindu reported on December 21. The Modi government is expected to take the step, which is seen as a decisive one in the light of India’s efforts at strengthening relations with Israel. At the same time, this fundamental alteration in foreign policy may raise concerns in West Asian capitals.

India was one of the first non-Arab countries to recognise the Palestine Liberation Organisation as “the sole legitimate representative of the Palestinian people. In 2006, it issued a strong statement against the Israeli invasion of Gaza, describing the use of force as “disproportionate and excessive.” However, India’s ties with Israel have grown from strength to strength since 1991, when the two countries established diplomatic relations. Currently, India is the largest customer of military equipment from Israel. The West Asian country is India’s second largest military partner after Russia, with the military business between the two countries estimated at around US $9 billion. 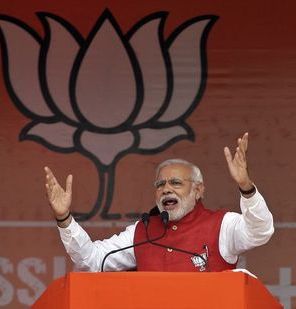