Some 250 sacred Native American, Eskimo and pre-Colombian artefacts went under the hammer in France on Monday despite strong opposition from the Navajo and Hopi tribes who travelled to Paris to try and halt the sale. It was the fourth time in two years that sacred masks from the Hopi tribe have been sold at auction in France. The tribe and Survival International advocacy group did not protest the sale on this occasion, instead launching legal action to try andidentify the buyers and sellers, according to their lawyer Pierre Servan-Schreiber. Representatives from another tribe, the Navajos, chose another route - buying back their masks at a cost of $1,800.

We are happy to bring back with us these sacred masks that will be purified by our shamans who will decide when they can be used for our winter ceremonies.

The 18,000-strong Hopi tribe of Arizona uses the masks in dances at religious ceremonies that are normally closed to outsiders. Around 20 Hopi masks were sold. Three activists stood outside the auction with cards saying “We are not for sale” and “Stop cultural genocide”. The Hopis’ case had drawn support from the U.S. embassy in Paris, which had called for the auction to be suspended. While the sale of sacred Indian artefacts has been outlawed in the United States since 1990 — legislation which has allowed the tribe to recover items held by American museums in the past — the law does not extend to sales overseas. 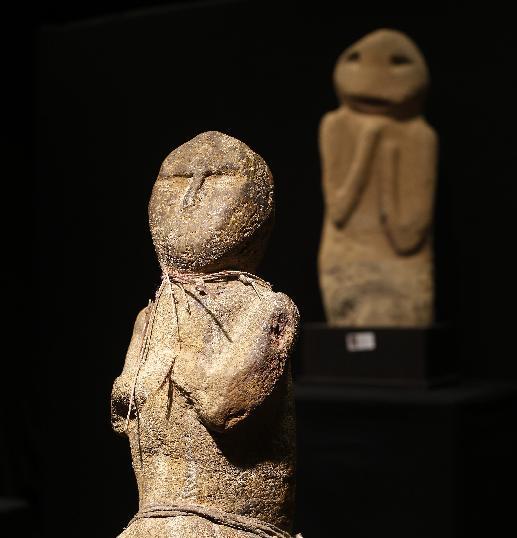