Nigeria has extended voting to Sunday after problems occurred as millions turned out Saturday to vote in a presidential election that analysts say is too close to call between President Goodluck Jonathan and former military dictator Muhammadu Buhari. The polling will continue Sunday in some areas where new machines were not reading voters’ biometric cards, said Kayode Idowu, spokesman of the Independent National Electoral Commission. Nearly 60 million people have cards to vote and determine the outcome of the first election in Nigeria’s history where an opposition candidate has a realistic chance of defeating a sitting president.

I appeal to all Nigerians to be patient no matter the pains it takes as long as if, as a nation, we can conduct free and fair elections that the whole world will accept.

The vote takes place amid an Islamic insurgency in Nigeria’s northeast in which thousands have been killed. Boko Haram extremists waving guns forced voters to abandon polling stations in three villages of northeastern Gombe state, witnesses said.  Late Friday, suspected Boko Haram gunmen beheaded 23 people and set fire to homes in northeast Nigeria, on the eve of the election. The militants have vowed to disrupt elections, calling democracy a corrupt Western concept. In a country steeped in a history of military coups and bloodshed caused by politics, ethnicity, land disputes, oil theft and, lately, the Boko Haram Islamic uprising, the election is important as Africa’s richest nation consolidates its democracy. 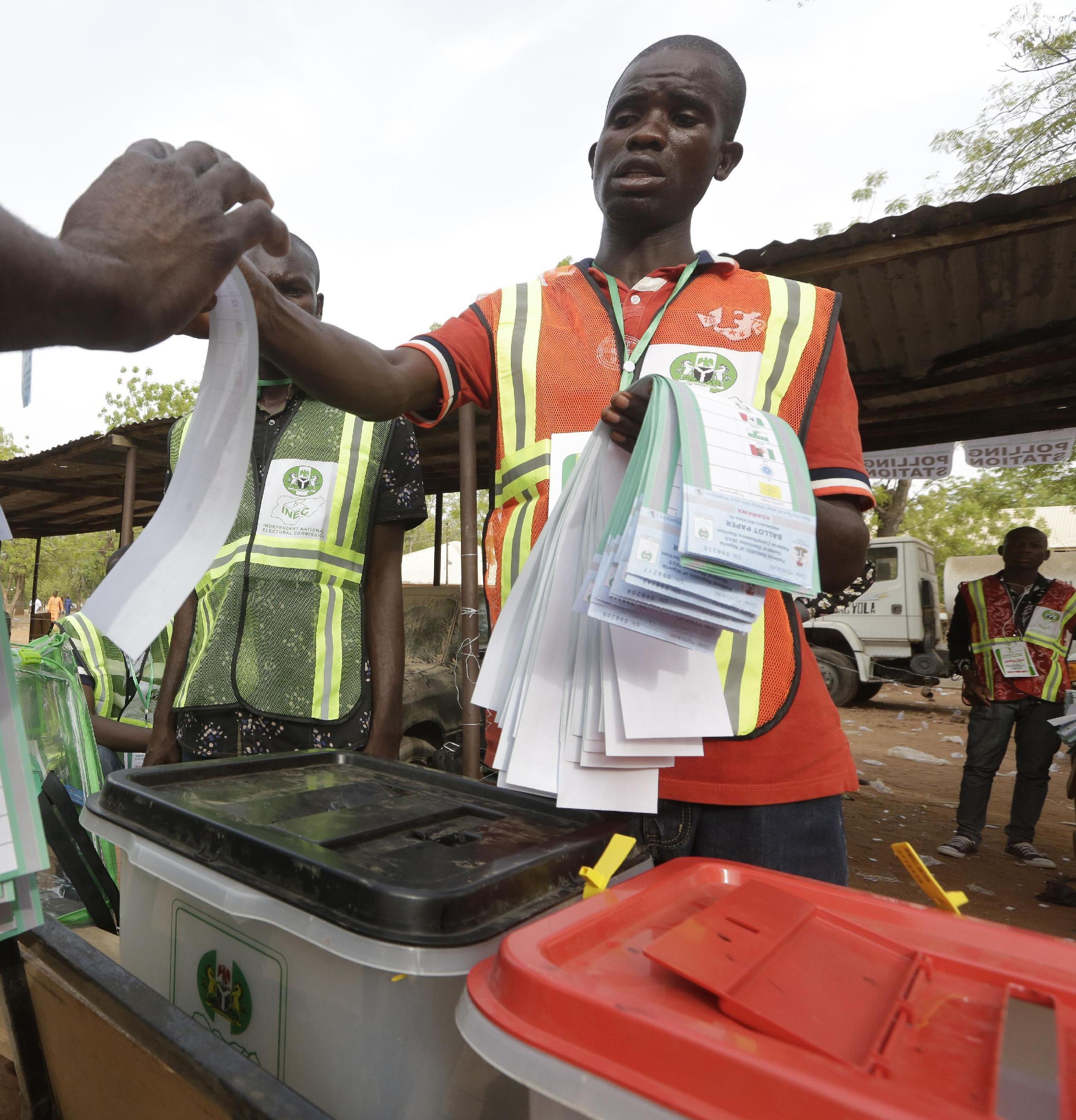