Nigeria’s President-elect Muhammadu Buhari has vowed to make every effort to free more than 200 schoolgirls abducted by Boko Haram militants a year ago but admitted it was not clear whether they would ever be found. The abduction of the girls from a secondary school in Chibok in the country’s Northeast last April drew international attention to the humanitarian crisis caused by Boko Haram’s attempt to establish a caliphate in religiously mixed Nigeria, Africa’s biggest oil producer. A march is expected in the capital, Abuja, on Tuesday to mark the one-year anniversary of the mass kidnapping.

We do not know if the Chibok girls can be rescued. Their whereabouts remain unknown. As much as I wish to, I cannot promise that we can find them,“ he said in a statement. […] My government will do everything in its power to bring them home.

Amnesty International said in a report on Tuesday that Boko Haram has kidnapped at least 2,000 Nigerian women and girls since the start of 2014, many of whom were sexually abused or trained to fight. The document, which includes scores of victim testimonies, accuses Boko Haram of rape, forced marriages and coercing them into armed attacks, sometimes on their own villages. Female suicide bombers have been used by the insurgents in a spate of bombings in the last few months. 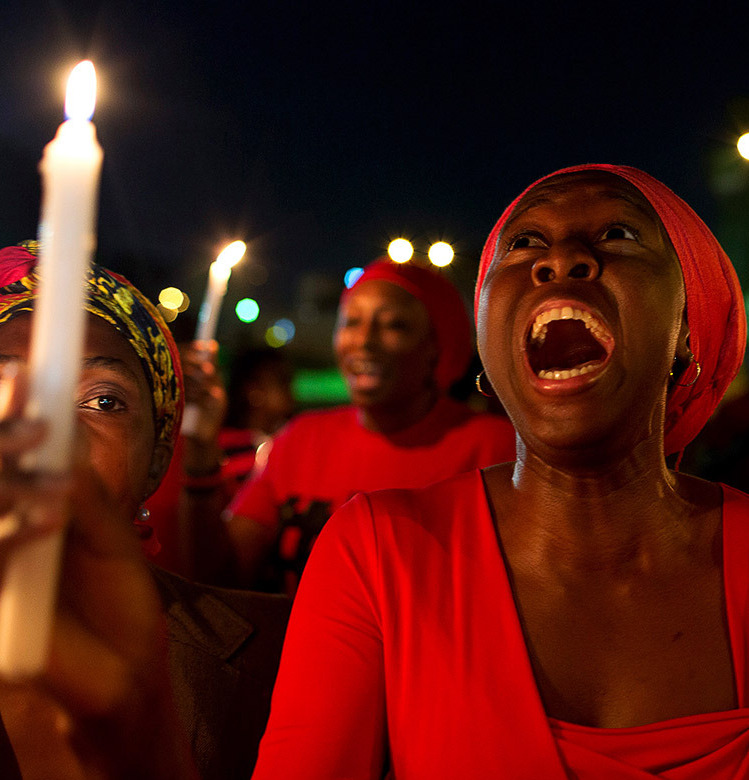