No major damage in Philippines as Typhoon Hagupit weakens

Typhoon Hagupit knocked out power in entire coastal provinces, mowed down trees and sent more than 650,000 people into shelters before it weakened Sunday, sparing the central Philippines a repetition of unprecedented devastation by last year’s storm. Shallow floods, damaged shanties and ripped-off store signs and tin roofs were a common sight across the region, but there were no confirmed deaths or major destruction after Hagupit slammed into Eastern Samar and other island provinces. It was packing maximum sustained winds of 140 kilometers per hour and gusts of 170 kph, considerably weakened from its peak power but still a potentially deadly storm, according to forecasters. The typhoon was moving slowly, which means more rainfall and a risk of landslides and flash floods.

There were no bodies scattered on the road, no big mounds of debris. Thanks to God this typhoon wasn’t as violent.

Traumatized by Typhoon Haiyan’s massive death and destruction last year in the central region that’s being partly whipped by Hagupit, more than 650,000 people fled to about 1,000 emergency shelters and safer grounds. The government, backed by the 120,000-strong military, also launched massive preparations to attain a zero-casualty target. Nearly a dozen countries led by the United States and the European Union, have pledged to help in case of a catastrophe, disaster-response agency chief Alexander Pama said.

The Philippines are not alone as they brace up for a possible hardship. [We are] hoping that the impact will be less powerful than a year ago when Typhoon Haiyan left a devastating imprint on the country. 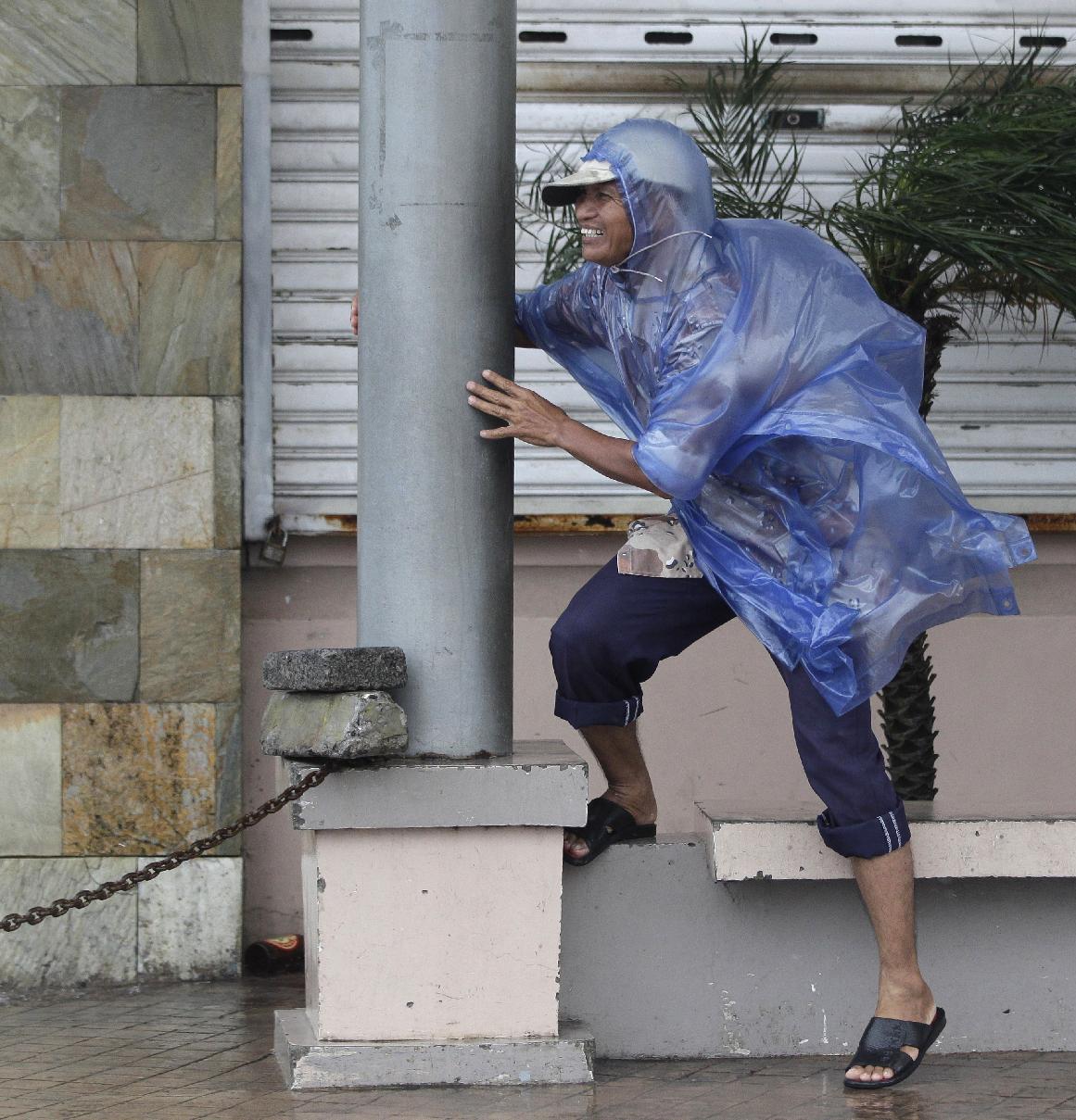