On a night that was intended to mark the return of Chicago Bulls star Derrick Rose from a devastating knee injury, Pacers All-Star Paul George suffered a gruesome leg injury during showcase game between the White and Blue USA Basketball teams. Early in the fourth quarter, George attempted to block a shot by Rockets guard James Harden but landed awkwardly on his right leg, his tibia appearing to splinter against the basket stanchion. Video replays showed, with graphic imagery, the severity of his injury. USA Basketball head coach Mike Krzyzewski told the crowd at the Thomas & Mack Center in Las Vegas that the intra-squad game would not continue.

It’s a tough situation for our entire organisation, our coaches and players are very, very emotional. There’s no way the game could have gone on under the circumstances.

USA Basketball will be selecting a team to defend their 2010 world title at the World Cup in Spain beginning on Aug. 30. They are aiming to become only the third team after Brazil (1959 and 1963) and Yugoslavia (1998 and 2002) to win back-to-back world titles.

Man just landed and got a message about @Paul_George24. Made me immediately sick to my stomach!! Praying for u a speedy recovery homie!!! 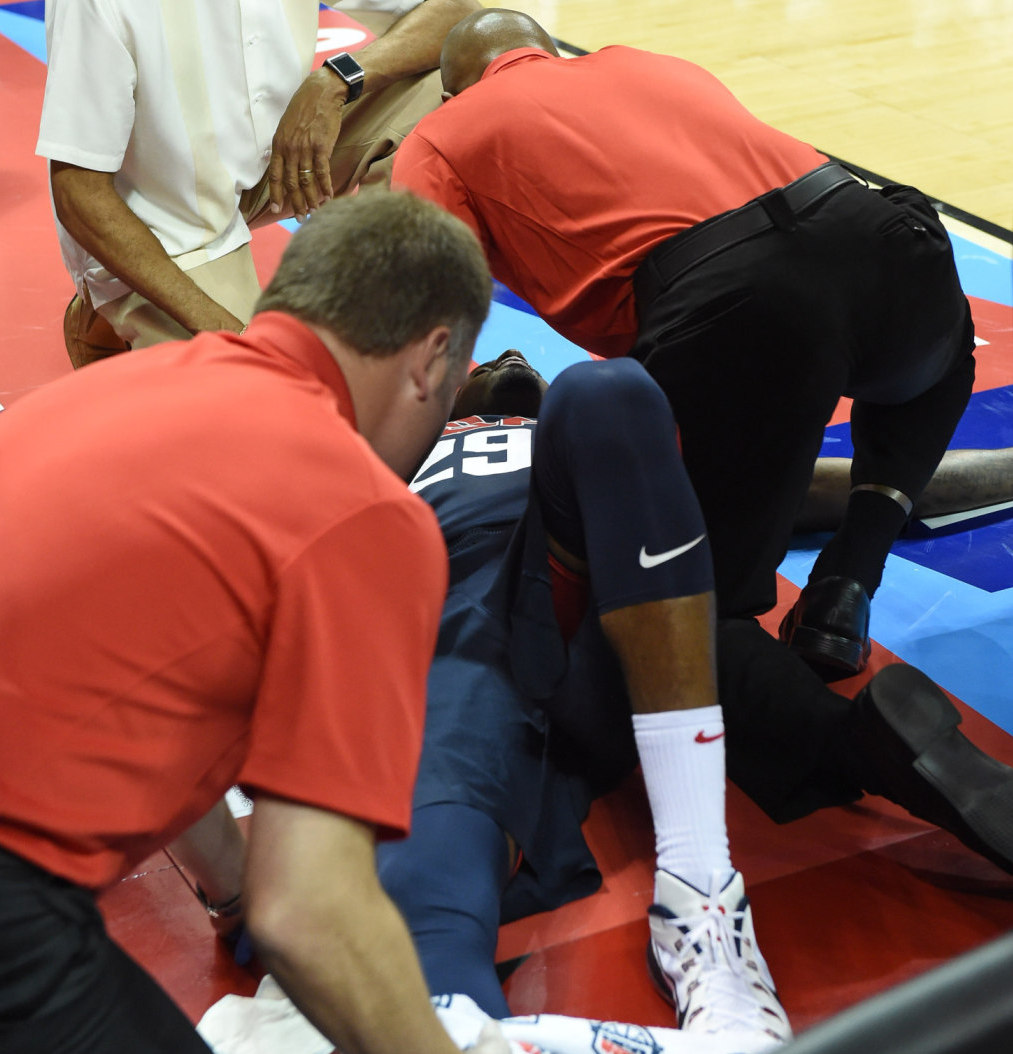