On a fin and a prayer: Flying shark causes havoc at Australian beach

A shark leaping out of the water caused panic during a mums’ surfing competition in Australia. Competitors paddled frantically to the safety of the shore after the predator twice breached the surface at Coffs Harbour, about 335 miles north of Sydney. The dramatic moment, which saw the shark land just metres from the mothers of Coffs Harbour Boardriders Club, was captured on camera by spectator Steph Bellamy. She said: “I saw a splash and wondered what it was, than I hit the button on the camera wondering if I got it, then when I checked the picture I couldn’t believe it.”

I thought it was a tuna or a fish, but when the image came through on the beach I couldn’t believe it an almighty shark jumping through the line-up.

The alarm was raised once the shark sighting was confirmed, but many of surfers were already heading back to the beach. Sharni Winkler told The Coffs Coast Advocate her arms ached from the dash back to the shore. Her husband and surf school owner Lee Winkler was also in the water at the time. He joked: “I have never seen 10 women paddle that quickly to the beach before.” Organisers monitored the water for 15-minutes before restarting the competition. While the species has been unconfirmed, there is speculation it may have been a non-threatening spinner or thresher or a more dangerous mako. 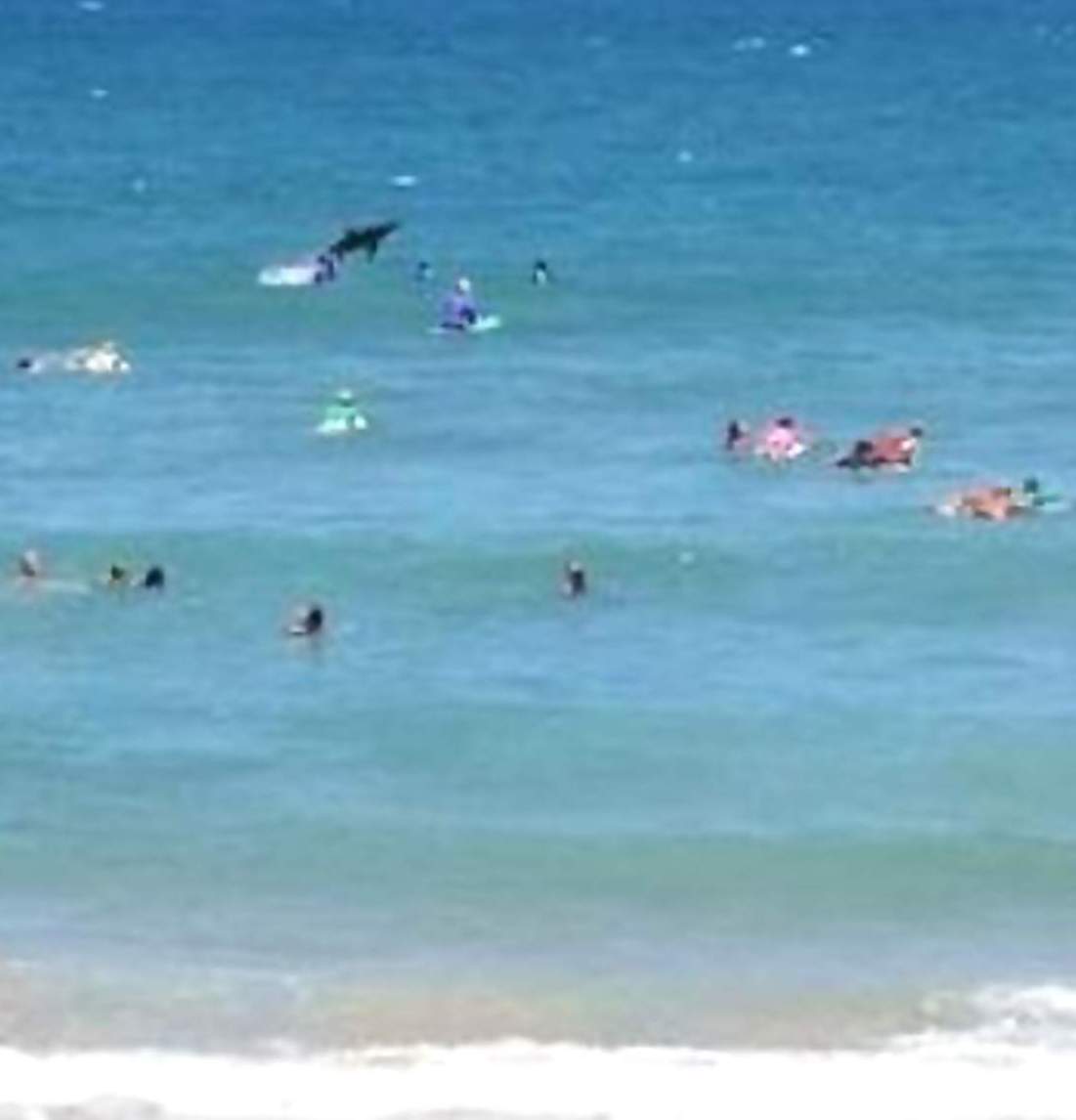