On first day back after rehab, Rob Ford admits ‘complete denial’ about drug use

Toronto Mayor Rob Ford said on Monday he had been in “complete denial” about his drinking and drug use, and staff at the rehabilitation clinic where he spent two months had saved his life by helping him confront his personal demons. Ford entered rehab after months of denials that he had a substance abuse problem and nearly a year after a media report surfaced that he appeared in a video smoking crack. He admitted late last year that he had smoked the drug while in a “drunken stupor.”

For a long, long time I resisted the idea of getting help. Like a lot of people dealing with substance abuse, I was in complete denial.

Ford rejoins a tight mayoral race for second place behind front-runner Olivia Chow, according to a poll last week; a suburban voting block has continued to back Ford in spite of the past year’s public embarrassments. 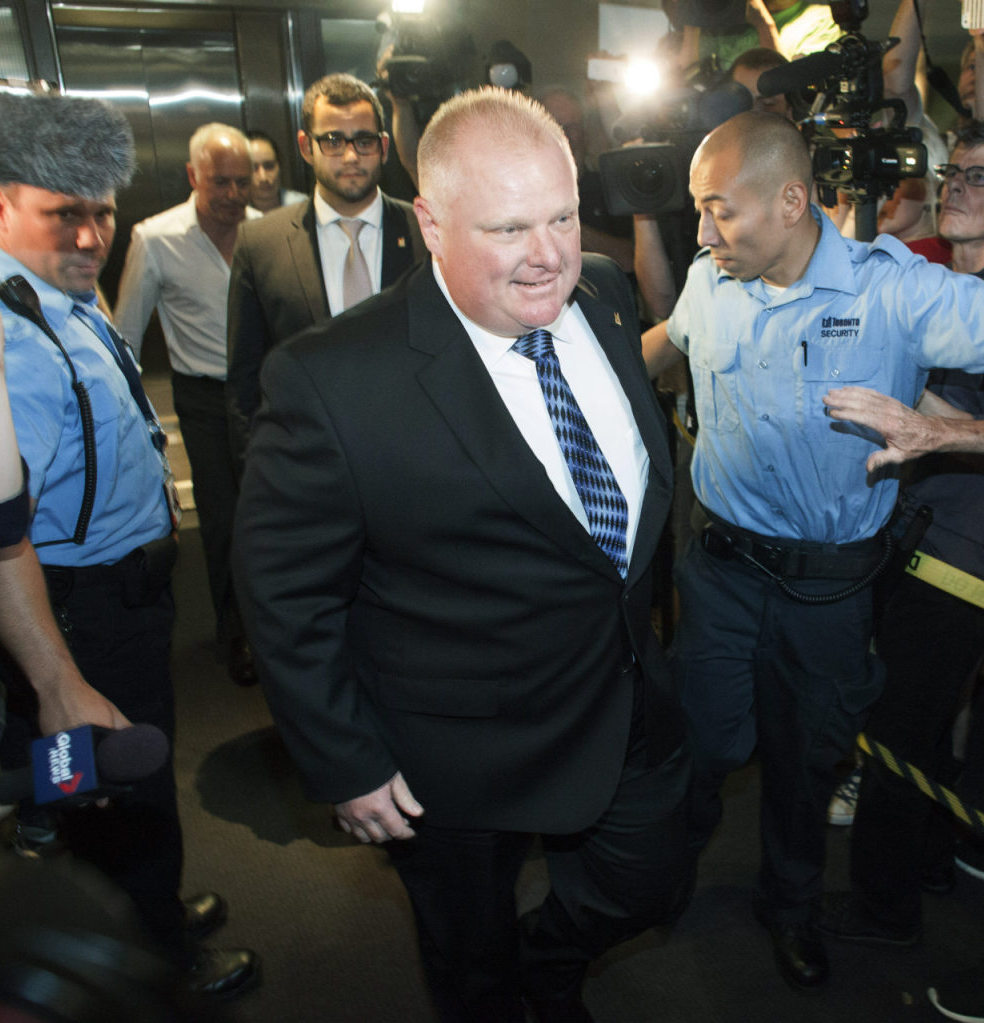