People have flooded the Facebook page of a U.S. city’s police department with lust-fuelled comments about the mugshot of a criminal who looks distinctly like a male model. Jeremy Meeks, a 30-year-old convicted gang member from Stockton, California, was one of four men arrested on Wednesday after a spate of shootings and robberies in the area. By this morning his mugshot had more than 30,000 “likes”, drawing praise for his high cheek bones, chiseled face and striking blue eyes. Some online commentators even said Meeks looked like he belonged in an Abercrombie & Fitch ad or on the show “America’s Next Top Model.”

Momma, I’m in love with a criminal.

No previous arrest photo has garnered anywhere near the same amount of attention since the Stockton Police Department set up the Facebook page in March 2012, Officer Joseph Silva said. The other three arrested men — whose mugshots also appear on the Facebook page — had a total of just 19 comments between them. Officer Silva said the arrest came as a result of Operation Ceasefire, a multiagency mission to curb a recent increase in shootings and robberies. Meeks is due to be charged on Friday.

He may be a tad bit cute, but with six felonies, he ain’t that cute. 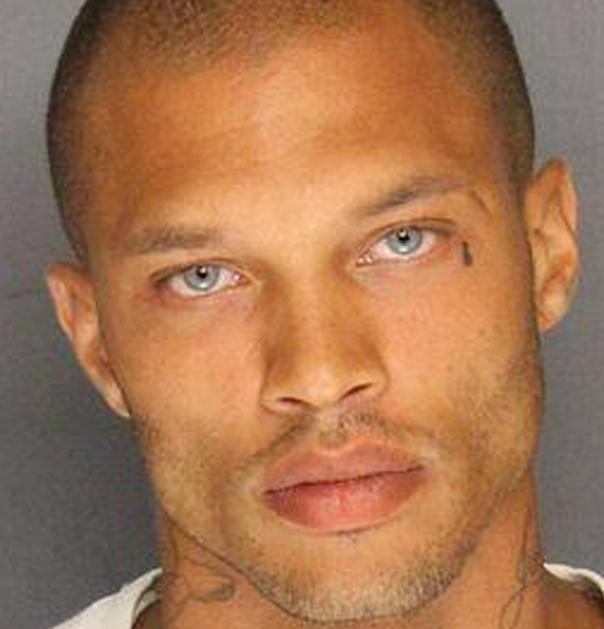