A herd of hippopotamuses once owned by the late Colombian drug baron Pablo Escobar has been taking over the countryside near his former ranch – and no-one knows what to do with them. The kingpin bought one male and three female hippos for his private zoo in the 1980s. As it turns out, the Colombian climate is just perfect for hippo mating. Escobar is now dead, but his personal zoo has welcomed the birth of between 50 and 60 hippos. Most of the hippos live in the man made lakes in Escobar’s zoo, but some have broken free and caused trouble.

It’s just like this crazy wildlife experiment that we’re left with. Gosh, I hope this goes well.

Hippo proof fences seem like the best idea, but they cost $500,000 a pop. One biologist in the Amazon suggested barbecuing and eating the hippos, however, Amazonian locals have strict superstitions when it comes to eating aquatic creatures. At night, the animals roam the countryside, wandering into ranches, eating crops and occasionally crushing small cows. 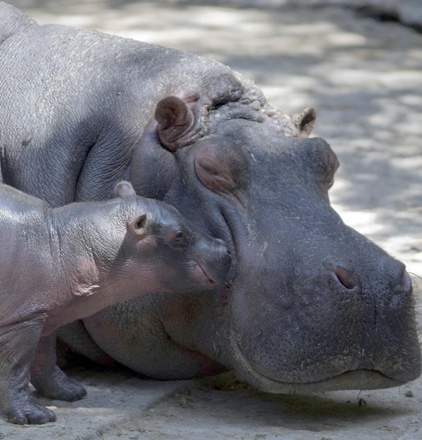