Rights groups have condemned Pakistan’s decision to hang two convicted militants in its first executions for six years, as leaders vowed decisive action in the wake of a Taliban school massacre that left 149 people dead. The bloody rampage in the northwestern city of Peshawar on Tuesday sparked international outrage and Pakistan described it as its own “mini 9/11” and a game changer in its fight against terror. Prime Minister Nawaz Sharif relinquished the six-year ban on the death penalty in terror-related cases two days after the school attack. Two militants convicted of separate terrorism offences were the first to face the noose on Friday. The Human Rights Watch termed the executions “a craven politicized reaction to the Peshawar killings”, demanding that the executions be stopped immediately.

Pakistan’s government has chosen to indulge in vengeful blood-lust instead of finding and prosecuting those responsible for the horrific Peshawar attack.

The two militants were hanged in central Punjab province. They were Aqil, who was convicted for an attack on the army headquarters in Rawalpindi in 2009, and Arshad Mehmood who was convicted for his involvement in a 2003 assassination attempt on former military ruler General Pervez Musharraf. Officials have said there would be up to ten more executions in the coming days. More than 500 prisoners convicted on terror-related charges are on death row in Pakistan, according to the government.

Six more convicted militants will be hanged in the coming days. 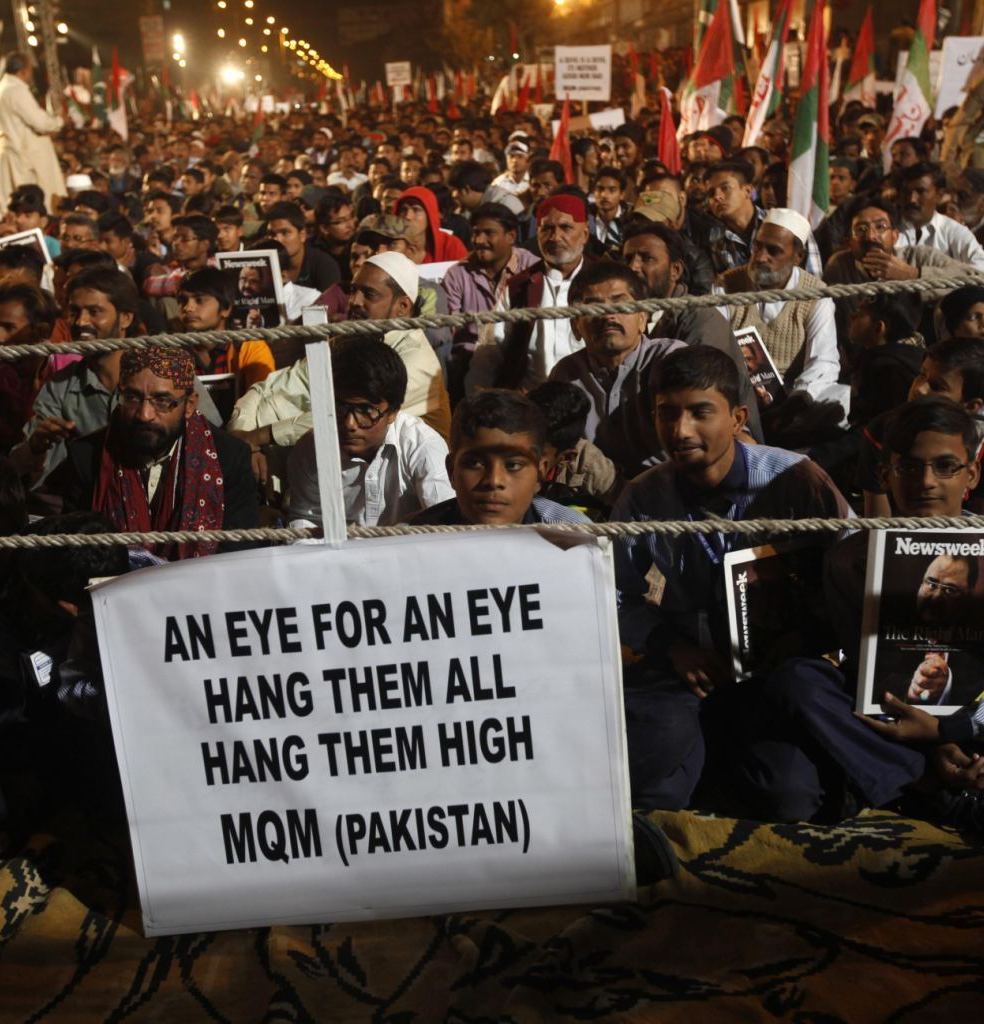