A Palestinian minister has died after a confrontation with Israeli troops in the West Bank. Ziad Abu Ein (pictured above, in light brown jacket) was taking part in a tree-planting demonstration in Turmus Aya when he was hit in the chest by an Israeli soldier’s helmet and teargas was fired. He then began to experience breathing problems, and died while he was being taken to hospital by ambulance. Announcing three days of national mourning, Palestinian president Mahmoud Abbas called Mr Abu Ein’s death “a barbaric act which we cannot be silent about or accept.”

The noises coming out of the Palestinian leadership do not suggest they are going to be particularly amenable to offers of conciliation at this stage.

About 100 foreign and Palestinian activists were on their way to plant trees near an Israeli settlement when they were stopped at an improvised checkpoint. A group of around 15 Israeli soldiers fired tear gas at the protesters and began scuffling with them, witnesses said. One marcher said Mr Abu Ain marched toward the soldiers ahead of everyone else, until he was stopped by a soldier. He said the soldier headbutted the politician then hit him in the chest with his rifle butt. An Israeli Defence Force spokesman said it was “reviewing occurrences” at the demonstration and updates would follow. 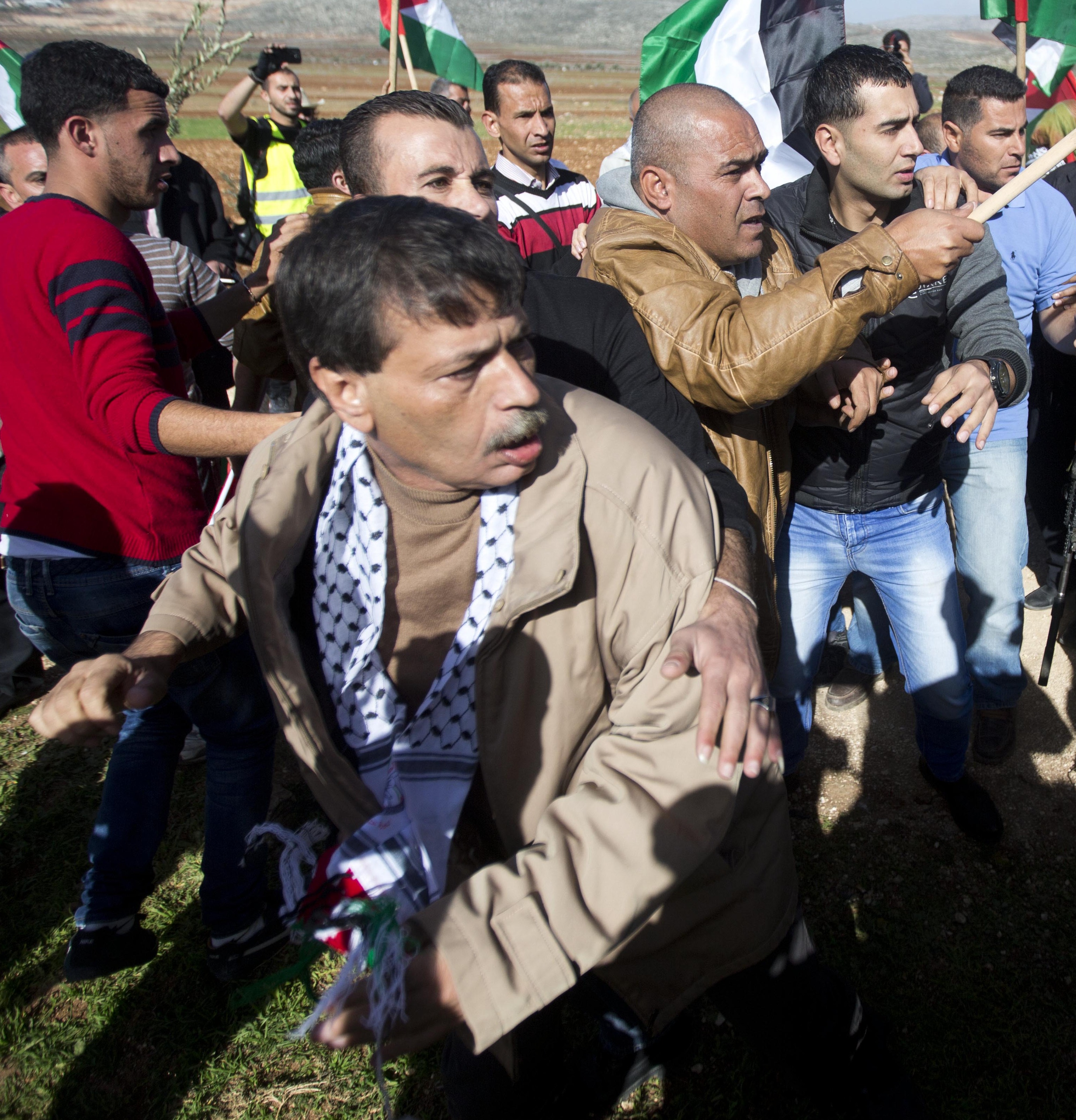