Thousands of lovers from across the world visit the Pont des Arts in Paris every year and seal their love by attaching a lock carrying their names to its railing and throwing the key in the Seine. But police were forced to hurriedly usher visitors off the footbridge in central Paris early Sunday evening after 2.4 metres (yards) of railing collapsed under the weight of the collected tokens of affection.

The bridge was immediately evacuated and closed.

An architect and local officials rushed to the site and a barrier put in place to stop further access. Police said the bridge would be re-opened by Monday. Today, the full 150 metre length of the footbridge is covered in the locks, and the practice has spread to other bridges around the capital. The phenomenon has become something of a headache for officials in the City of Light, who would prefer something that poses fewer problems of security and aesthetics. 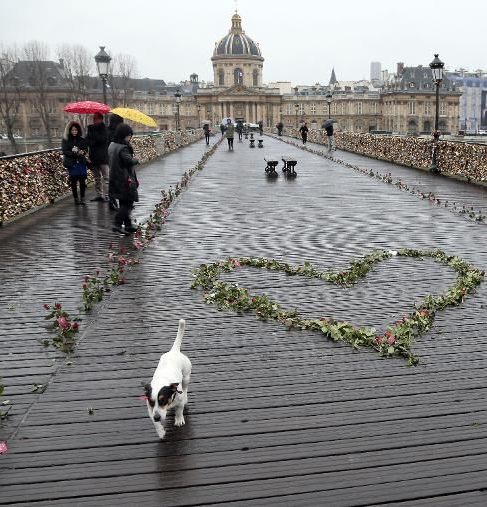