A female suicide bomber killed herself and a soldier outside an army barracks in Nigeria’s northeastern city of Gombe on Sunday, the military said, as local leaders reported the death count from a string of earlier militant attacks had reached 110. No one claimed responsibility for the blast or last week’s assaults but Islamist group Boko Haram has set off bombs and killed thousands in its five-year-old bid to carve out an Islamist state in the region. Soldiers stopped the woman as she tried to get into the barracks with explosives hidden under her robes, defence headquarters said in a statement.

I heard a loud sound and then black smoke covering the place … We saw soldiers moving bodies.

Boko Haram – which dominated world headlines by kidnapping more than 200 schoolgirls in April – has fought back against an army offensive, piling political pressure on President Goodluck Jonathan and the military to end the carnage. Leaders from Gombe’s neighbouring state of Borno told journalists on Sunday they had now buried 110 bodies from attacks on nine villages early last week. Boko Haram has been increasingly turning its guns on civilians in recent months, particularly after locals started setting up vigilante groups to try and fight back.

It was a great tragedy. There are still corpses lying in the bushes surrounding the communities. Many of our people that fled to the top of the hills during and after the attacks are still there and now stranded. 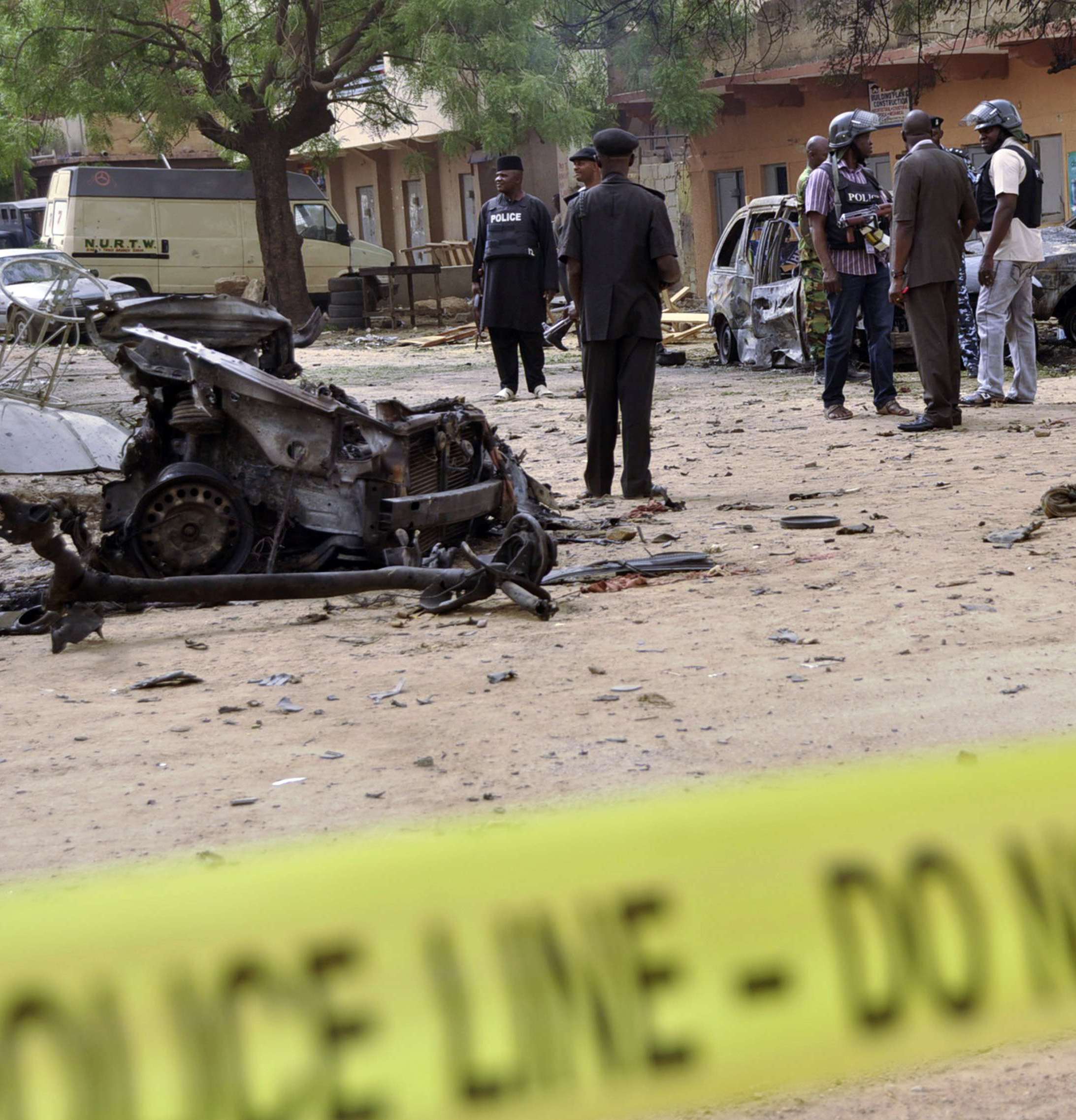