Passengers had to get out and push their plane in temperatures of minus 52C after freezing weather brought it to a standstill. Video has been posted online of the remarkable scene as a group of travellers move the Tupolev plane on the snow-covered runway in Siberia. Passengers in thick winter coats are heard shouting “let’s go” as they put their hands on the wings of the plane and shove it several metres. “Everyone wants to go home,” one man is heard saying. Transport officials in western Siberia are investigating the incident.

The plane had stood on the runway for 24 hours and the pilots forgot to take off the parking brake. That caused the brake pads to freeze up.

It took place in Igarka on Tuesday. The plane, which had 74 passengers on board, was being operated by Katekavia, a Siberian airline belonging to UTair group. The airline’s technical director, Vladimir Artmenko, told Rossiyskaya Gazeta daily: “That morning it was minus 52C (minus 61F).” Passengers pushed the aircraft until it was able to turn, and then the tow truck took over, he said. The flight eventually took off from Igarka, 1,750 miles northeast of Moscow, and arrived in the Siberian city of Krasnoyarsk without incident.

Siberians are so tough that for them pushing a frozen plane along a runway is a piece of cake. 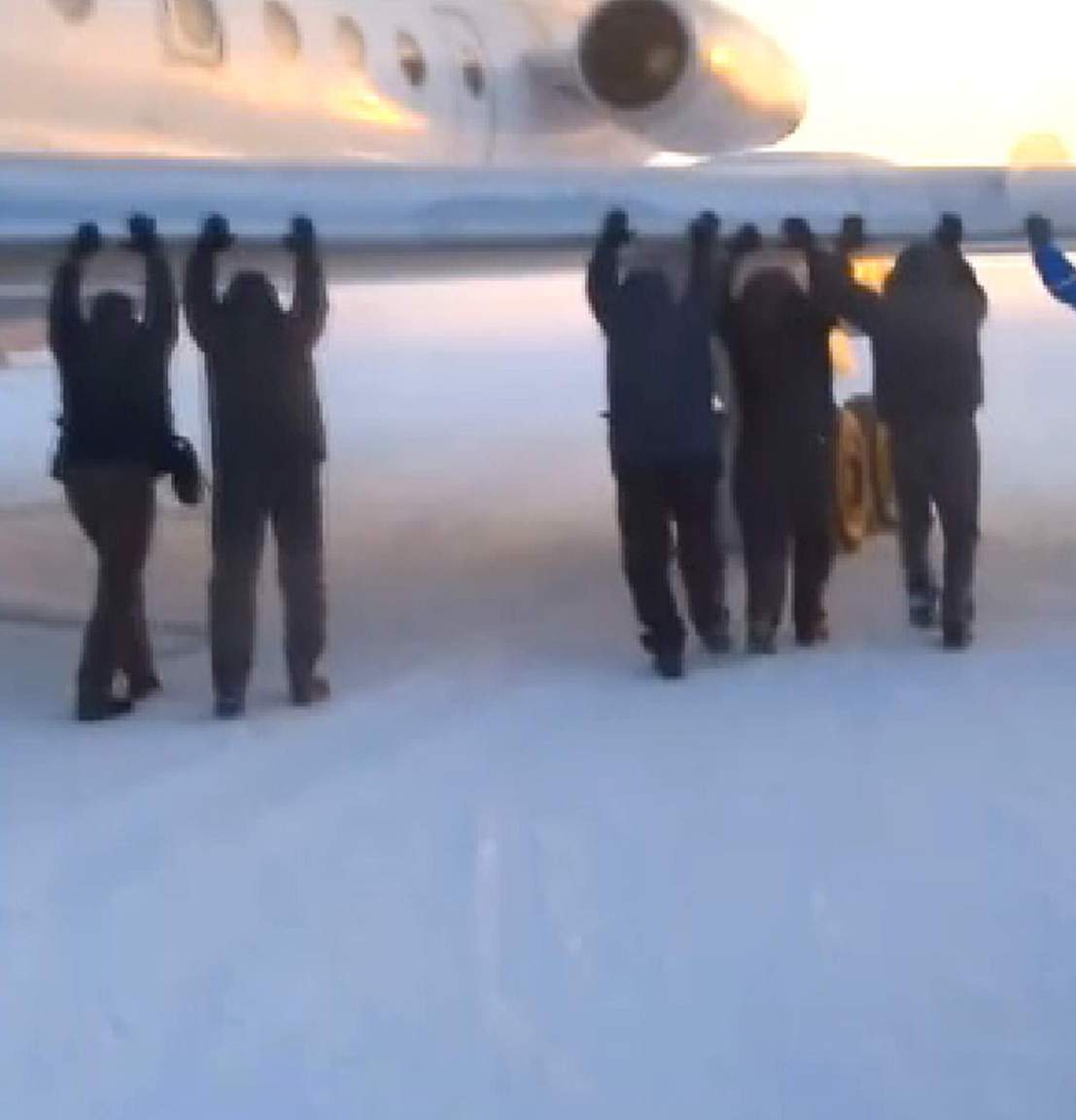