Environmental group Greenpeace apologized Wednesday after Peru accused it of damaging a millenia-old archaeological site when its activists displayed a protest banner there calling for action on climate change. The stunt at the ancient Nazca lines, enormous drawings etched in the earth some 2,000 years ago by a pre-Inca civilization, drew a furious reaction from Peru, which is currently hosting UN talks aimed at curbing global warming. Greenpeace set up large letters beside one of the designs, known as the Hummingbird, reading: “Time for change! The future is renewable.” Describing the action as an “attack,” the Peruvian government said the site had been damaged and vowed to prosecute those responsible.

After the illegal, premeditated action by environmental defense group Greenpeace, the zone has been seriously affected.

The lines were listed as a Unesco world heritage site in 1994. Created between 500 BC and AD 500 by the Nazca people, they have long intrigued archaeologists with the mystery of their size, their meticulously drawn figures and their abundance. Some of the drawings depict living creatures, others stylized plants or fantastical beings, others geometric figures that stretch for kilometers. The site is best seen from the sky, its lines criss-crossing the Peruvian desert over more than 500 square kilometers (200 square miles). Greenpeace said on its Facebook page that the letters it used were simply cloth spread across the ground, and that its activists had taken care to cause “absolutely no damage” to the site. 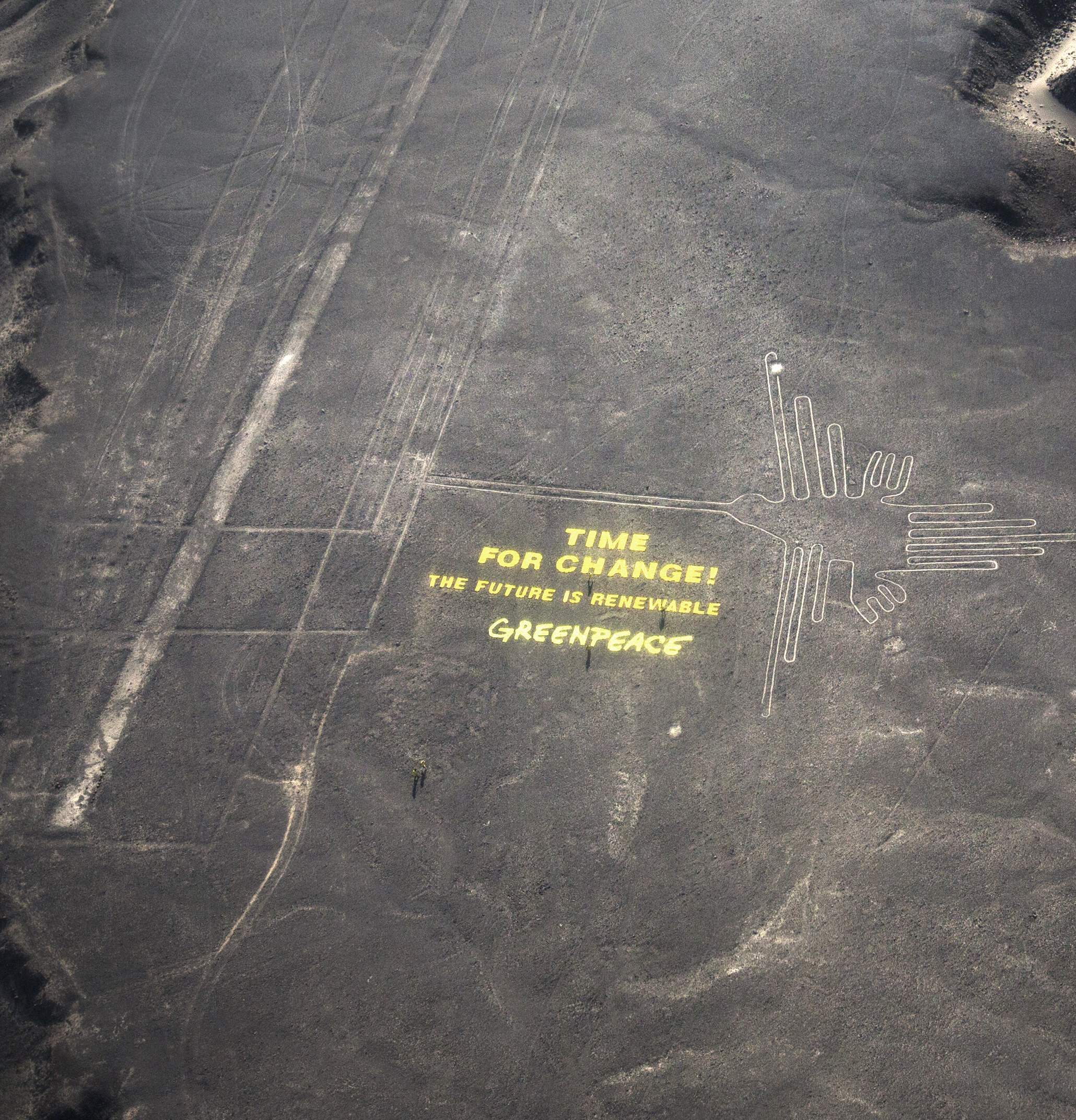