Thousands of anti-capitalist protesters clashed with riot police near the new headquarters of the European Central Bank (ECB) in Frankfurt on Wednesday, hours before the ceremonial opening of the US$1.4-billion building. Several cars were set on fire and streets were blocked by burning stacks of tyres and rubbish bins. At least one police officer was injured, police said, and 350 protestors were arrested. Police used water cannons to try to make a path through the mass of black-clad protesters to the entrance of the building, which is blocked off from the street by police barricades.

The organisers, a group called Blockupy – named after the Occupy Wall Street movement in 2011 – estimated that about 10,000 demonstrators were at the rally. Thousands came into the German financial capital from other parts of Europe. Frankfurt police spokeswoman Claudia Rogalski described the mood of the crowd as “aggressive”. Ulrich Wilken, one of the organisers, said they were demonstrating against the “troika” – the ECB, the European Commission and the International Monetary Fund – and their “austerity politics”. 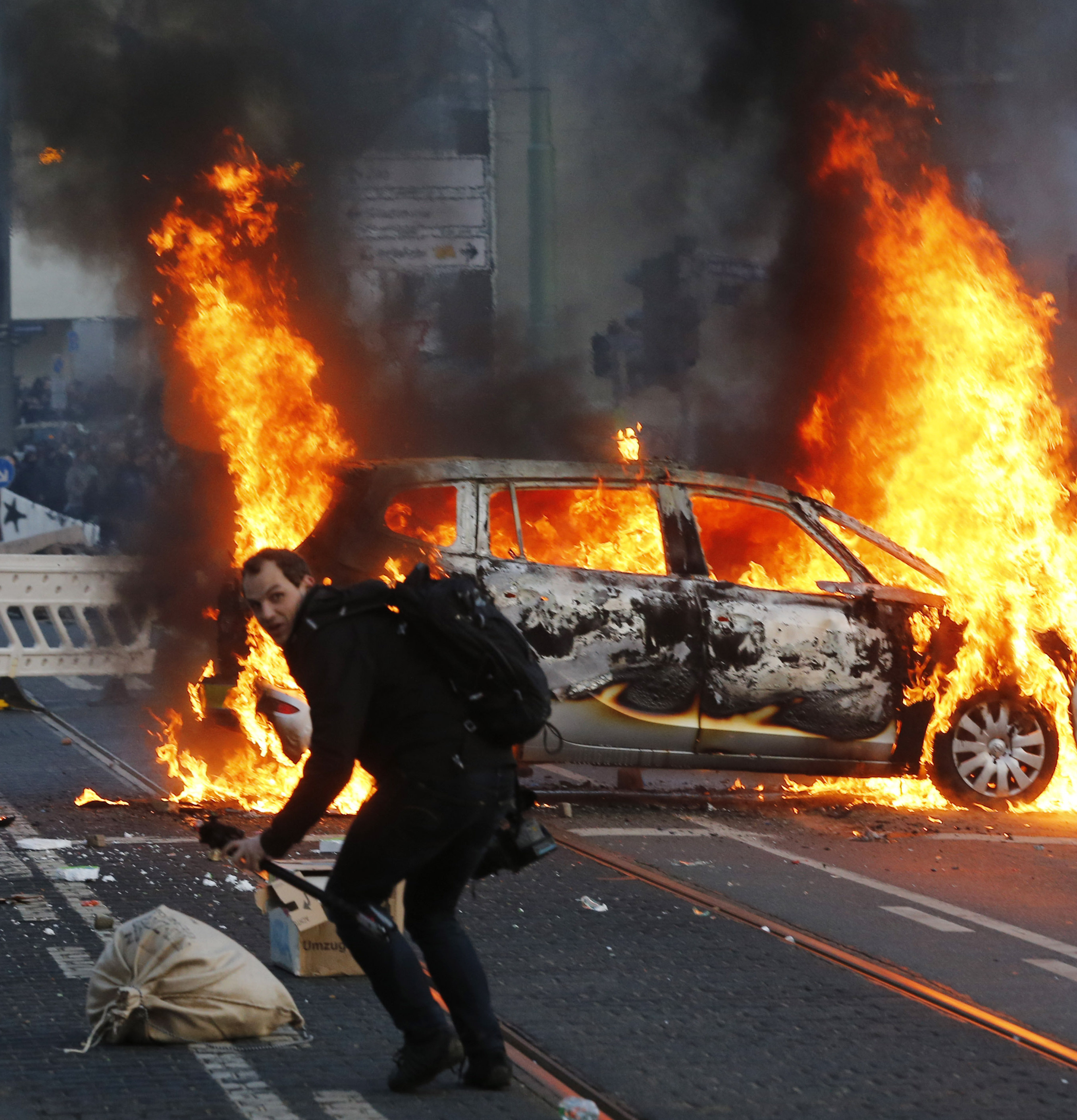