Michael Brown, the unarmed black teenager whose shooting death by a white police officer unleashed riots in a Missouri town, was a suspect in a convenience store robbery, police said Friday. The allegation reignited anger in the St. Louis suburb of Ferguson, with the 18-year-old student’s family accusing police of character assassination even as the investigation into his death continues. Incident reports from the Ferguson police department linked Brown by name to the theft of a $49 box of cigars from a convenience store, just minutes before he was shot in broad daylight on a nearby street.

Last night was a great night.

Police released surveillance footage showing a tall, muscular black man — in a T-shirt, khaki shorts and sandals, the same outfit Brown was wearing — grabbing a store clerk by the shirt and shoving him. Ferguson police chief Thomas Jackson identified the officer who shot Brown as Darren Wilson, 28, a white six-year veteran of the force with no disciplinary record who had responded to a 911 call about the robbery. The disclosures followed Ferguson’s first night of calm this week, after Missouri Governor Jay Nixon on Thursday ordered state troopers to take over from heavily-armed and distrusted local police. In a statement to reporters, police chief Jackson stopped short of linking Brown by name to the “strong-arm” theft of a box of cigars from a convenience store, about 20 minutes before the youth was shot. 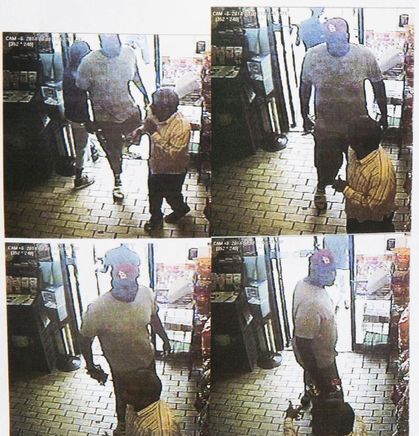