The first Latin American pope returns to the continent of his birth for the first time on Sunday, bringing a message of solidarity with the region’s poor, who are expected to turn out in droves to welcome him. Pope Francis took off this morning from Rome en route to Ecuador where he will begin his seven-day tour. He chose to visit Ecuador, Bolivia and Paraguay because they are among the poorest nations of a region which claims 40 per cent of the world’s Catholics. He’s skipping his homeland of Argentina, at least partly to avoid papal entanglement in this year’s presidential election.

You can imagine what this embrace of love will be, this devotion of our people toward the pope, the universal pastor who comes from Latin America

Francis’ stops include a violent Bolivian prison, a flood-prone Paraguayan shantytown and a meeting with Bolivian trash pickers, the sort of people he ministered to in the slums of Buenos Aires as archbishop. He has requested to chew coca leaves, the raw ingredient for cocaine, while in Bolivia, according to culture minister Marko Machicao. He is likely to raise environmental concerns with Ecuador president Rafael Correa and the leader of Bolivia — who have promoted mining and oil drilling in wilderness areas. In a video message on the eve of his departure, Francis said he wanted to bring a message of hope and joy to all “especially the neediest, the elderly, the sick, those in prison and the poor and all those who are victims of this ‘throwaway culture”. 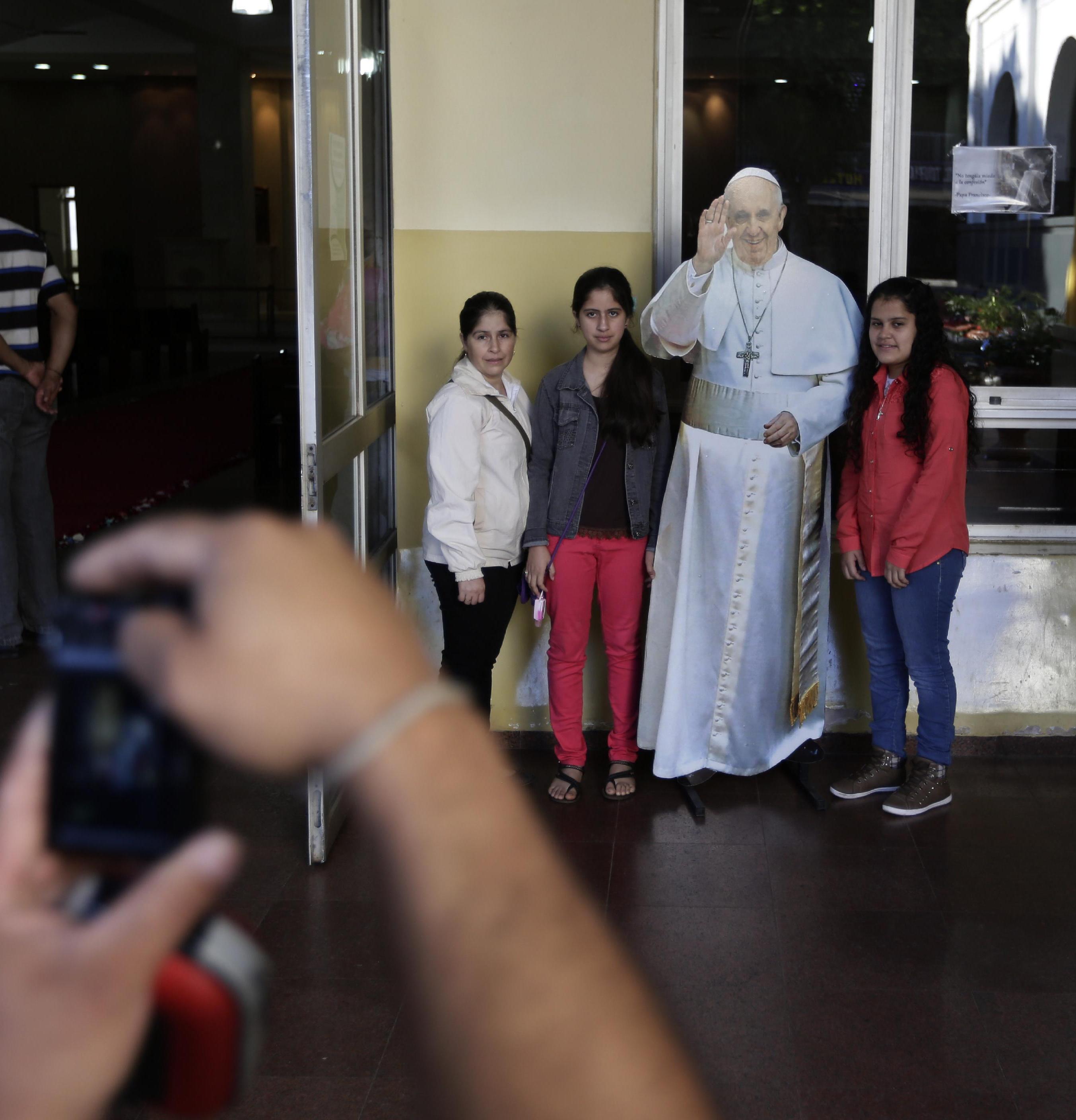