Pope tells parents: Smack your kids but let them keep their dignity

Pope Francis is dishing out advice to parents and says it’s OK to spank your children to discipline them - as long as their dignity is maintained. Francis made the remarks this week during his weekly general audience, which was devoted to the role of fathers in the family. Francis outlined the traits of a good father: one who forgives but is able to “correct with firmness” while not discouraging the child.

One time, I heard a father in a meeting with married couples say ‘I sometimes have to smack my children a bit, but never in the face so as to not humiliate them.’ How beautiful! He knows the sense of dignity! He has to punish them but does it justly and moves on.

The Rev. Thomas Rosica, who collaborates with the Vatican press office, said the pope was obviously not speaking about violence or cruelty against a child but rather “helping someone to grow and mature.” The Catholic Church’s position on corporal punishment came under sharp criticism last year during a grilling by members of a UN human rights committee monitoring implementation of the UN treaty on the rights of the child. In its final report, the committee reminded the Holy See that the treaty explicitly requires signatories to take all measures, including legislative and educational, to protect children from all forms of physical or mental violence - including while in the care of parents. 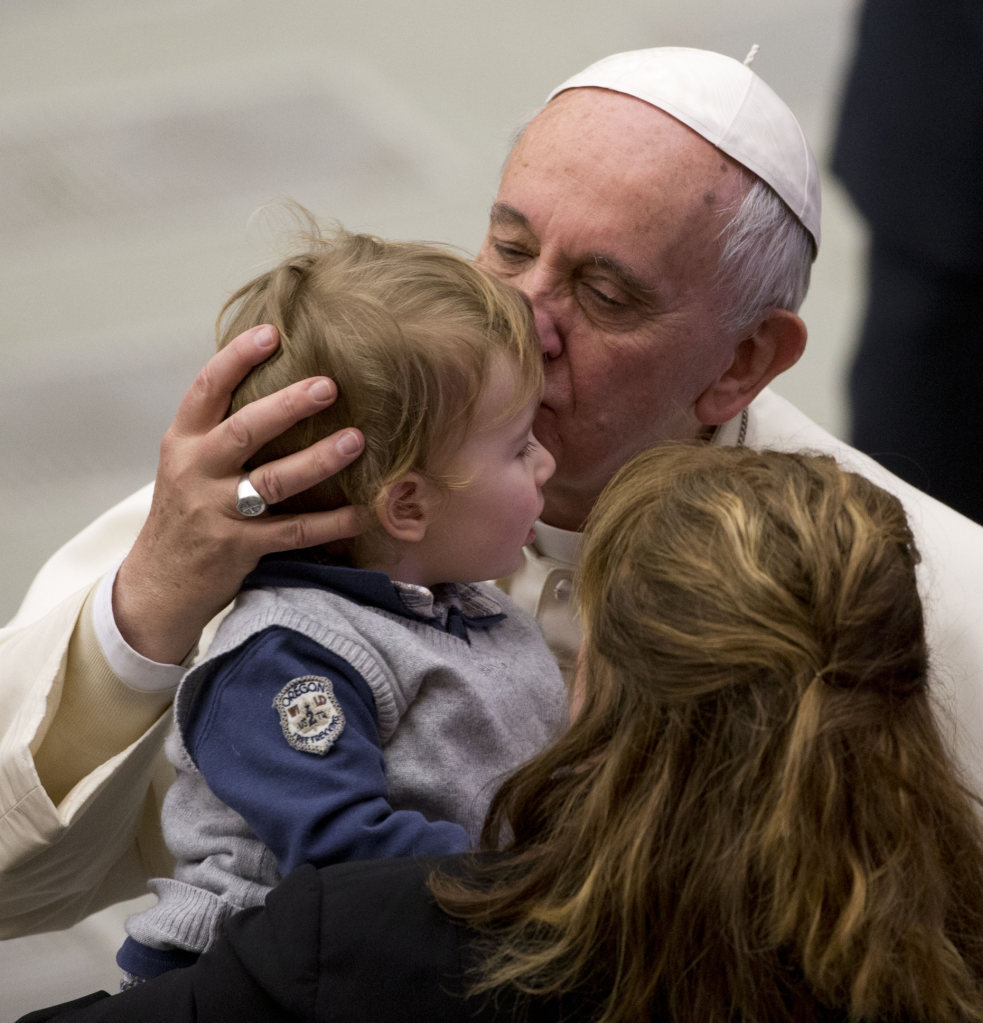