In his second “urbi et orbi” (to the city and the world) message, the popular Argentinian pontiff will address the globe’s 1.2 billion Catholics and millions of others tuning in from around the planet. The plight of Christians and other religious minorities suffering persecution in the Middle East, notably at the hands of Islamic State, is expected to rank high among his concerns, along with the war in Syria and the conflict between Israel and the Palestinians. He may also touch on African violence, human trafficking, Ebola, and maybe the Ukraine crisis. The pope, who will next year publish an eagerly awaited encyclical on environmental issues and the preservation of “creation,” may also touch on global warming and natural disasters.

Do we have the courage to welcome with tenderness the difficulties and problems of those who are near to us? Or do we prefer impersonal solutions, perhaps effective but devoid of the warmth of the Gospel? How much the world needs tenderness today!

Earlier, Pope Francis celebrated Christmas Eve with a late-night Mass Wednesday in St. Peter’s Basilica and a phone call to some Iraqi refugees forced to flee their homes by IS militants. Francis told refugees at the tent camp in Ankawa, a suburb of Irbil in northern Iraq, that they were like Jesus – forced to flee because there was no place for them. The address was a far cry from his barbed Christmas speech to cardinals, bishops and priests on Monday. In an unprecedented outburst, he attacked the Vatican’s bureaucracy, listing 15 “ailments” within the Church, including lust for power and “spiritual Alzheimer’s.” 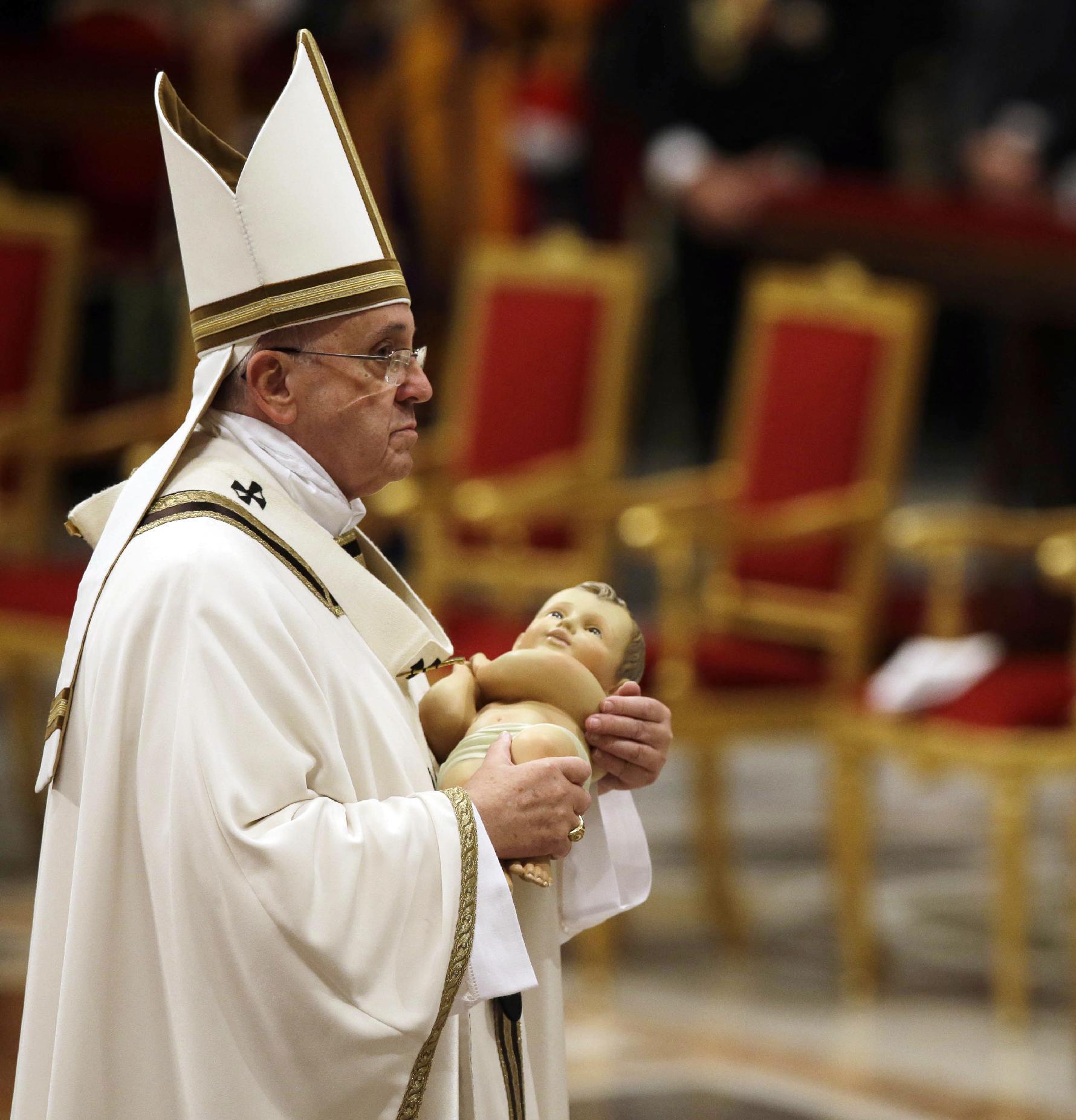