Pope Francis, saying he wanted to be a servant of society’s neediest, presided at a Holy Thursday ceremony where he washed and kissed the feet of 12 men and women in a Rome prison housing many hardened criminals. For the third consecutive year, Francis did not hold the traditional service in a basilica, going instead to people on the margins of society and including women. His predecessors had only included men in the service, which commemorates Jesus’ gesture of humility towards his apostles on the night before he died. The 12 inmates selected to represent the 2,100 prisoners were from Italy, Nigeria, Congo, Ecuador and Brazil.

Even I need to be cleansed by the Lord. And for this, pray during this Mass, so that the Lord also washes my filth also, so that I become more slave-like in the service of people as Jesus did.

Francis’ decision to include women and sometimes non-Christians - a Muslim woman was in the group two years ago at a juvenile prison - has upset conservative Catholics. But Francis, continuing a tradition he started when he was archbishop of Buenos Aires, holds it in poorer Rome neighbourhoods with ordinary people. Francis will preside at two Good Friday services, including a Via Crucis (Way of the Cross) procession around the Colosseum. After celebrating Easter Eve and Easter Day Masses, he delivers his twice-yearly “Urbi et Orbi” (to the city and the world) message on Sunday. 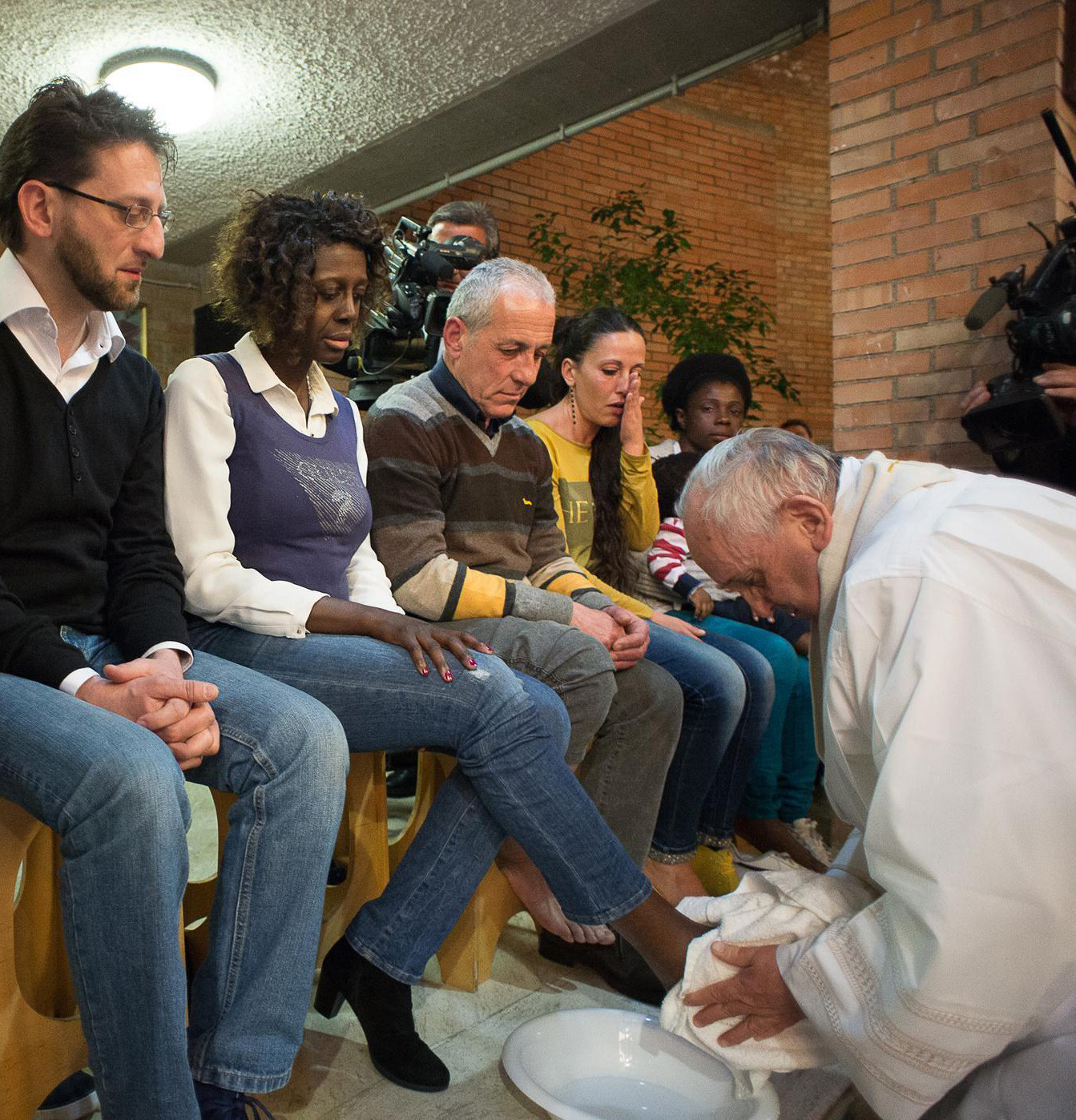