Ukrainian President Petro Poroshenko on Saturday welcomed home as heroes 145 soldiers freed by pro-Russian rebels during the largest prisoner swap of the eight-month separatist war. The Western-backed leader, beaming and wearing a black bomber jacket, walked up to the back cargo bay of a military transport plane that landed at a military airport outside Kiev in the dawn hours of Saturday to hail the men. He shook hands and embraced them as they trundled down the steps wearing regular civilian clothes and knitted scull caps in the searing cold.

My heart as that of a president and citizen is brimming with joy that you – as I had promised – will be able to meet the New Year with your families and comrades and arms.

Ukraine’s allies in Europe hope that Friday’s exchange will mark a watershed moment in a war that seems at a stalemate but still rages on because of the immense mistrust between the two sides. Kiev on Friday freed 222 insurgent fighters captured around the main rebel stronghold of Donetsk and its surrounding regions. The original deal – agreed with the help of European and Russian mediators in the Belarussian capital Minsk on Wednesday – called for the release of 150 state troops and 225 militants. 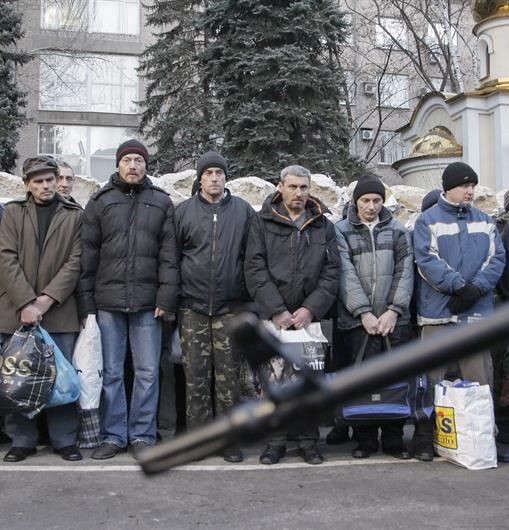