An anti-corruption protester piloted his mini helicopter through Washington’s no-fly zone Wednesday and illegally landed it on the US Capitol lawn, triggering a national security scare, startling tourists and prompting a police probe. One congressional official identified the now arrested pilot as Doug Hughes, a Florida Postal Service worker who took responsibility for the stunt on a website where he said he was delivering letters to all 535 members of Congress to draw attention to campaign finance corruption.

I’m demanding reform and declaring a voter’s rebellion in a manner consistent with Jefferson’s description of rights in the Declaration of Independence.

It appeared Hughes was flying a single-seat, open-cockpit Bensen-type gyrocopter, which the Federal Aviation Administration classifies as an ultralight “vehicle” that requires no registration. Capitol Police knew of the plan shortly before Hughes took off. Hughes had previously been interviewed by the U.S. Secret Service. His gyrocopter sported the U.S. Postal Service logo.

An ultralight aircraft poses no major physical threat — it may present a political threat to graft. I hope so. There’s no need to worry — I’m just delivering the mail. 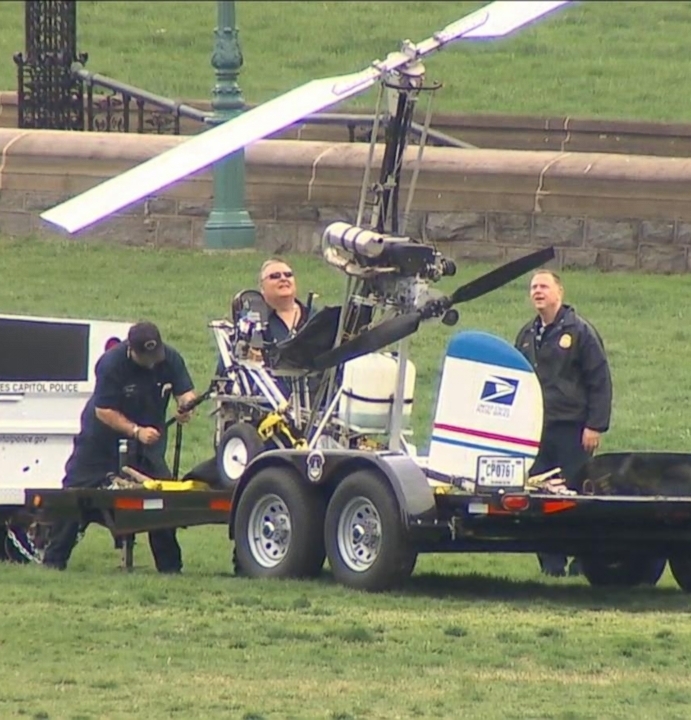