In little more than a decade, a powerful Ukrainian by the name of Dmitry Firtash went from obscurity to wealth and renown, largely by buying gas from Russia and selling it in his home country. His success was built on remarkable sweetheart deals brokered by associates of Russian leader Vladimir Putin, at immense cost to Russian taxpayers, a Reuters investigation shows. Russian government records reveal the terms of recent deals between Firtash and Russia’s Gazprom, a giant gas company majority owned by the state. According to Russian customs documents detailing the trades, Firtash has enjoyed deep gas discounts to help control Ukraine’s petrochemical industry.

Firtash has always been an intermediary. He is a political person representing Russia’s interests in Ukraine.

Viktor Chumak, chairman of the anti-corruption committee in the previous Ukrainian parliament

In turn, Firtash backed pro-Russian Viktor Yanukovich’s successful 2010 bid to become Ukraine’s president, who then steered Russia away from western influence. The Firtash story demonstrates how Putin uses Russian state assets to create streams of cash for political allies, and how he exported this model to Ukraine in an attempt to dominate his neighbor, which he sees as vital to Russia’s strategic interests. Putin’s system of comrade capitalism has had huge costs for the ordinary people of Russia.

[Gazprom] is a commercial, public company, which has international shareholders. It acts in the interests of its shareholders, which also include the Russian state.

A spokesman for Vladimir Putin 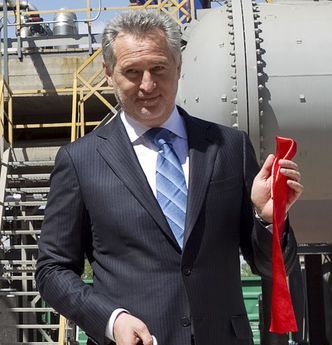