The U.S. police officer in Cleveland, Ohio, who fatally shot a 12-year-old boy carrying a pellet gun, fired within 1.5 to 2 seconds of pulling up in his cruiser, police said Wednesday. During those few moments, he ordered the youngster three times to put up his hands, they said. The city released a surveillance video that shows the shooting of Tamir Rice, who was carrying an airsoft gun that shoots non-lethal plastic pellets. The low-resolution clip shows that at one moment, Tamir is sitting at a picnic table in a gazebo. He stands, and a police car zooms into the frame from the right and stops on the grass, just a few feet from him. The passenger door opens and the officer who emerges shoots Tamir before his partner can get out the driver’s side door.

It is our belief that this situation could have been avoided and that Tamir should still be here with us. The video shows one thing distinctly: the police officers reacted quickly.

The family of Tamir Rice, in a statement released by its attorneys

The patrol officer who shot Tamir was identified Wednesday as Timothy Loehmann, a 26-year-old rookie who began his career in Cleveland on March 3. He previously spent five months in 2012 with a department in suburban Independence, but four of those months were in that city’s police academy. Loehmann’s partner that day was identified as Frank Garmback, 46. He has been with the department since 2008. Both are on paid administrative leave pending a decision by the Cuyahoga County prosecutor’s office whether to pursue any criminal charges. Cleveland deputy police chief Ed Tomba said Loehmann was less than three metres away from Rice when he shot him. 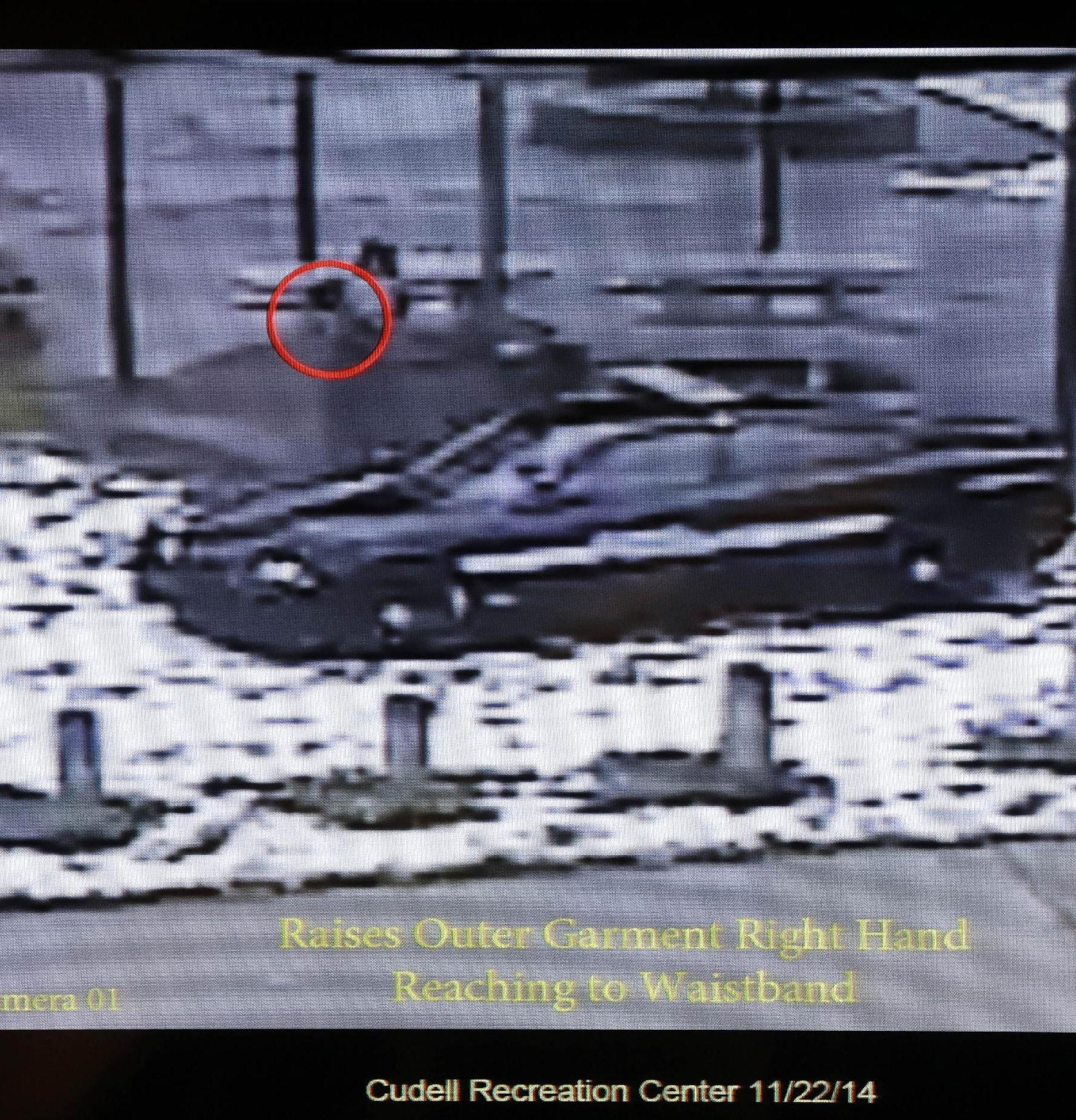