A four-year-old girl and three women, one of them pregnant, were among those killed in the latest Israeli airstrikes on Gaza, according to medics. It comes as the Israeli military confirmed one of its soldiers was missing, presumed dead, and diplomatic efforts were stepped up aimed at securing a ceasefire in the bloody conflict. At least six people were killed in three separate aerial attacks in Bureij and Al-Maghazi in central Gaza, and Rafah in the south. The missing Israeli soldier was one of seven personnel who had been inside an armoured vehicle hit by an anti-tank missile on Sunday.

We condemn strongly the rocket attacks. They must stop immediately

The military has only been able to identify six of the dead, but a spokesman denied any possibility the unaccounted for soldier was still alive. It follows claims by Hamas that it had captured a soldier, which was denied at the time by Israel’s ambassador to the UN. Militants displayed a photo ID and army serial number raising fears they had seized his remains, which could be used to exchange for prisoners. The continued violence comes as diplomatic efforts intensify in Cairo, where US Secretary of State John Kerry has met Egyptian leaders including the country’s president Abdel Fattah al Sisi. As Mr Kerry arrived in Cairo, the US confirmed it would provide $47m (£27m) in humanitarian aid for Gaza. 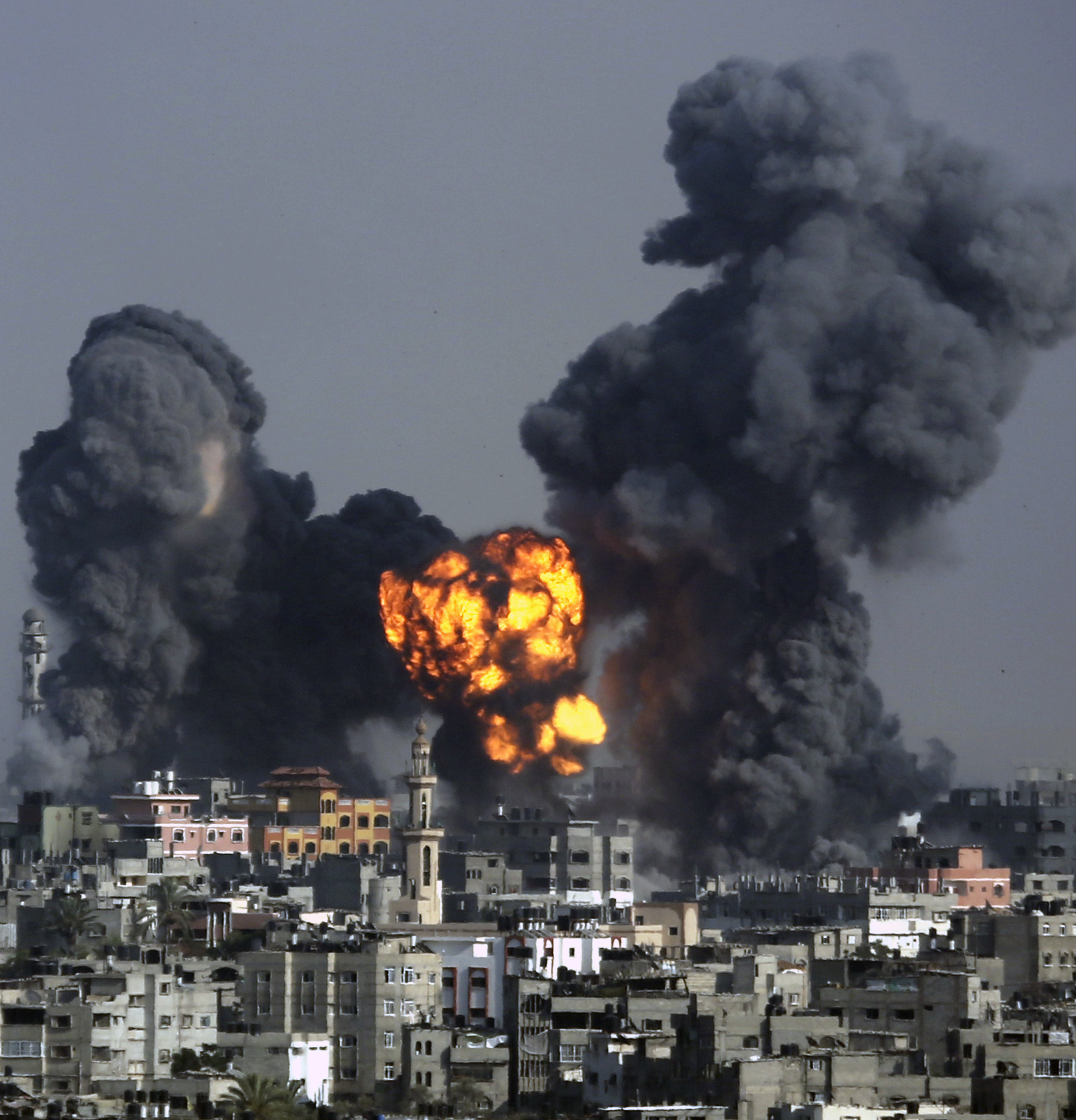